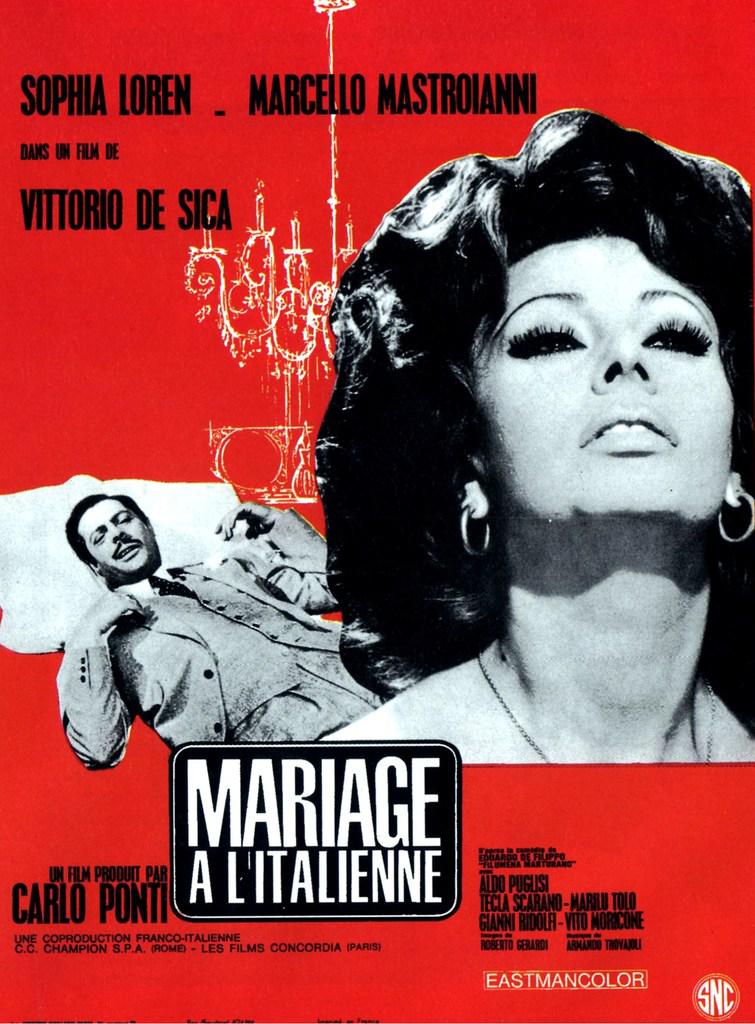 It tells the World War II era story of a cynical, successful businessman named Domenico (Mastroianni), who, after meeting a naive country girl, Filumena (Loren), one night in a Neapolitan brothel, keeps frequenting her for years in an on-off relationship (as she continues working as a prostitute). He eventually takes her in his house as a semi-official mistress under the pretense that she take care of his ailing, senile mother. After having fallen for a younger, prettier girl and having planned to marry her, he finds himself cornered when Filumena feigns illness and "on her deathbed", asks to be married to him. Thinking she'll be dead in a matter of hours and that the 'marriage' won't even be registered, he agrees. After having been proclaimed his legal bride, the shrewd and resourceful Filumena drops the charade and reveals to have put up the show for the one child she bore from him (she gave birth to three sons but Domenico always maintained to have fathered none). Domenico tries to cajole her into telling him which one is his but she stalwartly refuses, telling him that sons can't be picked and chosen and that he has to be the father of all three. 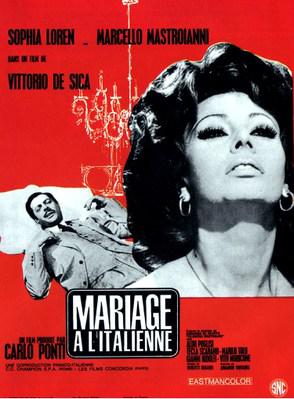 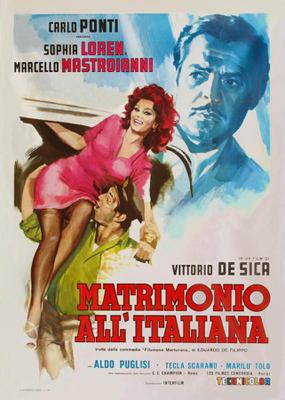