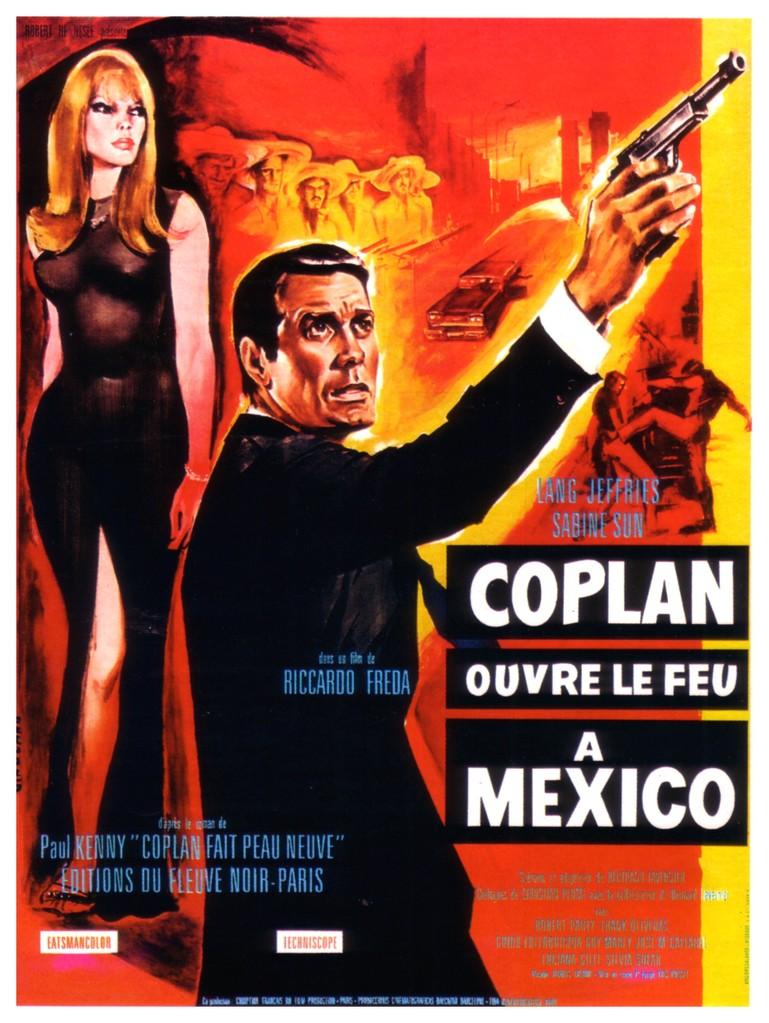 When a bunch of paintings stolen by the Nazis during the Second World War start turning up in auctions around the world, the secret service are interested: just who is it who’s selling them?  and why are they being sold right now?  After the first agent dispatched to find out what’s going on is murdered, super-efficient spy Coplan (Lang Jeffries) is assigned the case and, given that he knows absolutely nothing about culture whatsoever, is ordered to take along a slightly more civilised, rookie agent, Fondane (Robert Party), with him.
After posing as a bidder for one of the stolen masterpieces, Coplan is approached by a certain Lady Francine Lagrange (Sabine Sun), who tells him she has some rare artworks for sale and then promptly drags him off to bed.  After drugging her, he searches around her villa, where he finds some incriminating cheques and some even more incriminating goons. In order to find out more about what she’s up to he lets her escape, following her as she heads off to Mexico.  After surviving a rapidfire assassination attempt as he leaves the airport, he meets up with wealthy businessman and ex-agent Langis (José María Caffarel), who has a passion for classical music and a collection of pet snakes, and Montez (Guido Lollobrigida), the secret service’s man in Mexico. 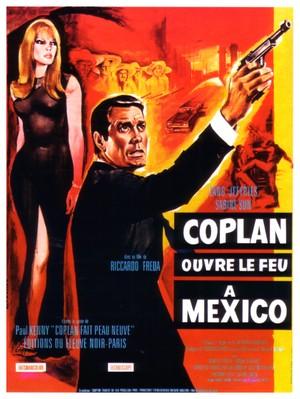 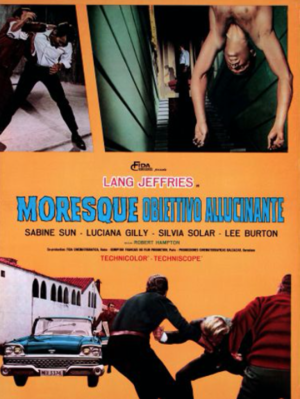 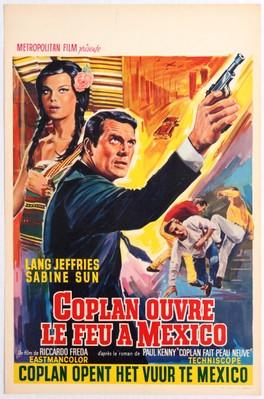