Launched in September 2010, the festival was brought forward this year on the recommendation of the distributor-exhibitor Arman, with whom Unifrance has built a strong partnership for this event. Early springtime was seen as an ideal season for this festival held in the city of Almaty. Kazakhstan has a population of just 15.5 million and a surface area five times that of France. Rich in natural resources, its economy is currently booming and it is the only one of five former Soviet States in Central Asia to boast a truly active movie industry, with the region’s best-financed and best-equipped film studios (Kazakhfilm). Kazakhstan produces around twenty feature films annually thanks to a combination of state subsidies and large private investment. The country offers over 200 movie theaters that comply with international technical standards, one quarter of which provide digital facilities. Kazakhstan has thus emerged as a burgeoning movie market that is making its mark on the international scene.

Only the distribution sector remains complicated. Although Kazakhstan is politically independent (but an active member of the Commonwealth of Independent States and a close ally of Russia), it remains dependent on Moscow for film supply: foreign films released in Kazakhstan are all acquired from Russian distributors who buy the rights for the totality of the CIS.

The seven feature films screened at this 2nd French Cinema Today Festival were thus acquired by the distributor-exhibitor Arman from the various Russian rights holders. It is with this in mind that Unifrance is endeavoring, in addition to organizing the screening of these films in the presence of French actors and directors, to increase the number of French films released in this territory. In 2010, only a handful of French films were shown on Kazakh screens apart from those released commercially following the festival. Owing to a crucial lack of reliable statistics, it is impossible to access precise figures, although we do know that The Extraordinary Adventures of Adèle Blanc-Sec by Luc Besson and The Ghost Writer by Roman Polanski enjoyed successful runs.

The success of last year’s inaugural festival encouraged Unifrance to continue the event this year. The seven films presented in 2011 reflected the great diversity of current French film production, in terms of film genres acquired by the distributor (see the list of titles below) as well as the themes explored, not to mention an openness to other cultures, with five artists present including a Russian, an Italian, and a Belgian!

Films were screened only once, with each presented by a guest artist. The artistic delegation took part in over sixty interviews with all media outlets, including press, radio, television, and the Internet. Held as a sidebar event, a Short Film Evening was once again well-received by a student-dominated audience, who were offered a French breakfast at dawn. The Arman Cinema also presented an exhibition of sixty photographs of French artists taken at international film festivals, held throughout the event.

At the close of the festival, the distributor decided to extend the release of the feature films presented in Almaty for a period of two weeks on a rotating screening schedule, before repeating the operation in the capital Astana. Director of Arman, Baourjan Choukenov, considers that programming these films as a group backed up by a publicity campaign is the most effective way to ensure visibility for French films in this territory where French productions remain few and far between. 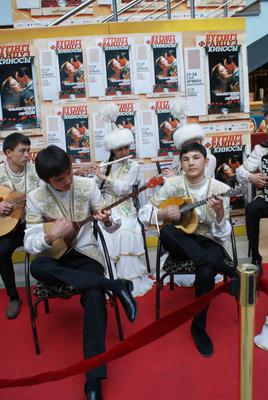 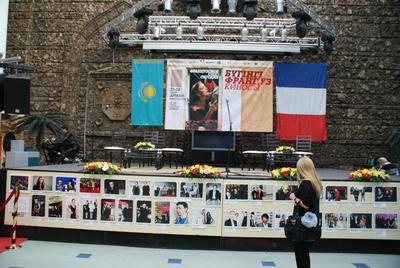