Results for French films abroad in 2009

According to our preliminary estimates, French films attracted 66 million spectators in 2009.

2009 thus ranks in the high average range compared to the rest of the decade (with 62 million admissions registered). Nonetheless, admissions figures fell back by 22% against 2008 (a record year for French films since Unifrance began monitoring statistics, in which 84.2 million admissions were registered). 2009 suffered from a lack of titles with strong international potential, leading to a severe decline in overall movie attendance.

90% of admissions to French films were credited to French majority productions (against barely 50% several years ago).
Among the top 10 French-language films, seven titles scored better in international theaters than in France. These films included a wide range of genres, such as the auteur films Coco Before Chanel, The Class, I've Loved You So Long and Summer Hours; the year's biggest budget commercial production, Transporter 3; Les Deux mondes; and the animated film The True Story of Puss'n Boots.

With 24 million moviegoers flocking to see French films in 2009, the USA remains the unchallenged number 1 market for French films. However, real progress can be seen in Asian markets in this period. With 2 million spectators recorded in Japan, this territory bounced back in 2009 to reach a level of attendance on par with previous years, after a lackluster year in 2008. China stands out as the big winner of 2009, with digitally-equipped theaters expanding French films' screen access and benefiting films such Female Agents and Transporter 3.
Territories that showed a decline in interest in French fare include Russia, where the recession has shown a strong impact; Italy, in which no major French commercial releases hit the screens; and Brazil, where admissions were lower than in previous years.

Even though French films were internationally acclaimed in 2009, with numerous prizes awarded at film festivals and ceremonies, and while more French films than ever were selected at international festivals, it proved a difficult year for French films abroad, both in theaters and sales figures, with repercussions on French film export companies.

And yet, looking back across the decade, admissions to French films in foreign theaters between 2000 and 2009 rose by 75%.

The gradual increase in movie admissions can be clearly observed by dividing the decade into two periods. In the first period (2000 to 2004), average admissions in foreign theaters reached 53 million. Compared to an average of 71 million admissions in the second period, this shows a rise of 34% and testifies to solid progress in French films' admissions figures in this ten-year period. Progress for French films abroad currently outstrips progress in the home market, in which the rise in admissions over these two periods of the decade stood at 15% 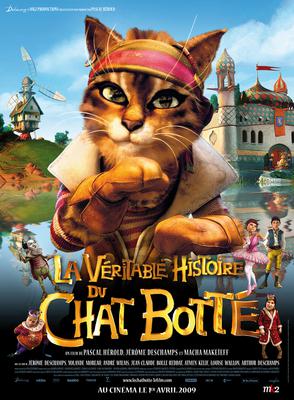