French films and the Turkish market

Turkey is an expanding market for French films at this time.

For the past three years, growth in this market has been spectacular. Jumping from just under 500,000 admissions in 2006, French productions attracted 857,377 Turkish spectators in 2008. This is the 2nd highest figure of the decade. While remaining under the million admissions mark (and ranking at 18th position among territories for French films in 2008), French films are enjoying particular popularity in Turkey at this time.

One of the reasons for this market expansion is the high number of films released: 41 titles in 2008 against 21 in 2007, 26 in 2006, and 19 in 2005. Another factor is the fine results credited to French majority productions: 3 films registering over 100,000 admissions in 2008 (Asterix at the Olympic Games, Babylon A.D., Tous à l'Ouest, une aventure de Lucky Luke – (Go West: A Lucky Luke Adventure), compared to just one title in 2007 (Asterix and the Vikings), and none at all in 2006, the year in which Le Concile de Pierre (The Stone Council) tallied less than 50,000 admissions. The admissions record for a French majority film in the past five years is held by L'Empire des loups (Empire of the Wolves), which attracted 205,340 spectators in 2005.

Nonetheless, with a total of 31.1 million admissions registered in 2007, French films’ market share in Turkey remained at 3%, and is estimated at 3.5% in 2008. Turkey stands out as a territory in which homegrown films earn the highest scores, capturing 50% of the market, and boasting 5 of the Top 10 films (of all nationalities) in 2008.

The distribution sector for French films is increasingly active, with the emergence over the past two years of several new distribution outfits, such as Pinema (linked to D Productions), Tiglon, TMC, Filma, and Mars Production, who are now competing with the traditional distributors of French fare such as Umut Sanat, Ozenfilms, Medyavizyon, Chantier Films, Bir Films, and Barbarfilms. 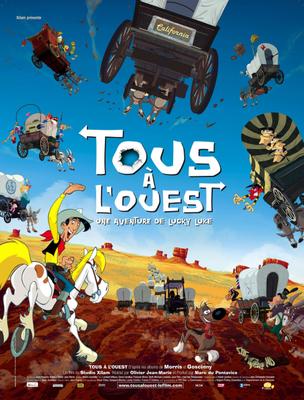