For its 11th consecutive year, Unifrance will welcome 350 distributors and 120 journalists from around the world in Paris from January 15 through 19, 2009.

As is the case each year, foreign distributors will gather in Paris to sample the latest offerings from the French film industry at film market screenings (with 82 films screened including 39 titles yet to be released), and to meet with sales agents (34 companies will attend the event, representing the entire film export sector).
According to Variety magazine, our French Rendez-Vous events in Paris have, over the years, become Europe’s third largest film market after Cannes and Berlin.

Also as part of the event, the upper level of the building will be dedicated to the largest press junket in Europe. Over four days, some one hundred French artists will meet with journalists from countries in which their films are scheduled for release in the weeks or months following the event. 26 countries are represented at this year’s event. The countries with the largest number of upcoming French releases are Greece, Quebec, the United Kingdom, and Germany.

Gilles Béat’s film Diamant 13 (Diamond 13) will be presented at a gala screening on Friday evening. This year for the second time, we are joining forces with the Lumière film awards, with the awards ceremony closing the Rendez-Vous event on January 19.

A press conference, at which French cinema’s results in international territories will be announced, will take place on the morning of January 16. It will be followed by the signing of a tripartite agreement between UBIFRANCE, the CNC (Centre National de la Cinématographie), and UNIFRANCE. This event will be covered in greater detail in an upcoming news article. 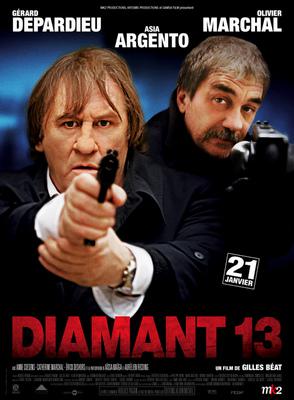