An Oscar for Marion Cotillard

The French connection in Hollywood has been strengthened, with 3 Academy Awards won by French cinema including a historic win for Marion Cotillard as Best Actress.

The star of La Vie en Rose has just picked up the Oscar for Best Actress at the annual Academy Awards ceremony, marking the first ever such award for a film shot in the French language.

Forty years after Simone Signoret’s Best Actress Oscar win (for the British film Room at the Top), Marion Cotillard is the second French actress to be be honored by the Academy in this category.
Directed by Olivier Dahan, La Vie en Rose did not stop at a single Oscar, also gaining prestige with a Hair & Makeup award presented to Didier Lavergne and Jan Archibald.
Hot on the heels of its recent Cesar award, the French short film The Mozart of Pickpockets by Philippe Pollet-Villard won an Academy Award for Best Live Action Short Film.

In spite of its 4 nominations, the Academy overlooked The Diving Bell and the Butterfly. On the eve of the Oscars ceremony, however, the film was honored with two Independent Spirits awards, one for its director Julian Schnabel and the second for its cinematographer Janusz Kaminski. 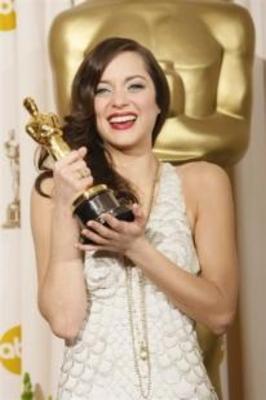 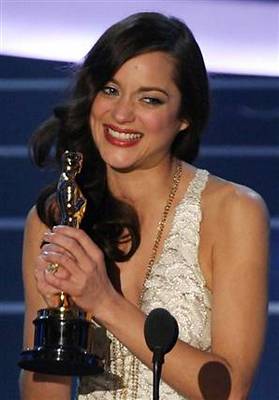