Olivier Dahan’s biopic was the surprise winner at last night’s BAFTAs (British Academy of Film and Television Arts) ceremony, picking up more awards than any other film.

Marion Cotillard was voted Best Actress at this year’s BAFTA awards, the British equivalent of the Academy Awards, 10 years after Juliette Binoche was honored at the event for her role in The English Patient (a British production).

La Vie en Rose, a biopic about the life of the singer Edith Piaf, also picked up three other awards in “technical” categories: Best Music for Christopher Gunning, Best Costume Design for Marit Allen, and Best Make Up & Hair for Didier Lavergne and Jan Archibald.

One other French production also waltzed off with a BAFTA award, with The Diving Bell and the Butterfly winning the Best Adapted Screenplay prize for Ronald Harwood. The film is a screen adaptation of the novel by Jean-Dominique Bauby. 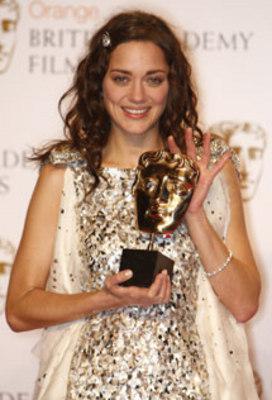 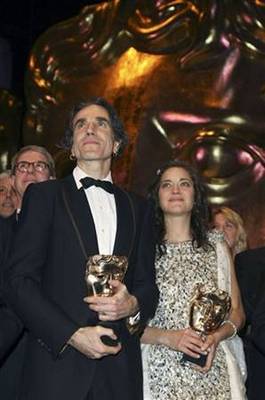