This year’s Film Meetings attracted their highest attendance since the event's inception in 2003.

Over 450 industry professionals from France and Germany including actors, directors, and representatives from national organizations gathered together from November 22 through 24 in Versailles, France. For the first time, this year’s bilateral meetings extended their reach to include a third country, Russia, with around 20 Russian producers participating in discussions.

Key discussion topics:
- Co-productions and financing
Over 40 co-productions have benefited from funding from the Franco-German Mini-Treaty signed in 2001. Within this context, professionals from both countries analysed the French tax credit system, and took a closer look at the new German Film Fund DFFF. With 60 million euros at its disposal annually (180 million euros over three years), this fund can provide up to 20% of a co-production’s budget if 25% of production costs are incurred in Germany. A proposal was made to widen the scope of common financing schemes to include scriptwriting, script development, and grants to young screenwriters. A presentation of the IFCIC’s guarantee fund was made, leading to a concrete proposal to form a work group to study the feasibility of a sub-fund for financial guarantee aimed at Franco-German film financing.
- The implementation of digital screening
Discussions on the subject of the digitization of theaters highlighted the fact that members of this sector – distributors and exhibitors – are still in search of a scheme to finance the new technology required to equip theaters. The CNC and its German counterpart, the FFA, continue their joint efforts and commitment to digital screening, which has already resulted in the signing of a communal declaration.
- Film and television industry relations in the VOD era
The debate on the issue of VOD raised the subject of the distribution conditions imposed on film producers by distributors, who have so far refused to join discussions on this issue. A consensus was reached on the role of movie theaters as the primary distribution channel, even if theaters’ share of the overall exhibition market has fallen against revenues gained from other distribution channels. Movie theaters clearly remain central to the exhibition system, lending value to other outlets such as DVD, VOD, and television.

18 French and German actors and directors honored
A program inaugurated at the 4th Franco-German Film Meetings in Munich, the Up & Coming Stars initiative, was once again a highpoint of this year’s Meetings at Versailles. The goal of this initiative is to foster cross-communication between artists from France and Germany, and to bring them in contact with professionals from the partner country.
Led by two French directors, Cécile Telerman and Dominik Moll, and two German directors, Angelina Maccarone and Matthias Luthardt, 18 French and German actors participated in the event.
From Germany: August Diehl, Alexander Fehling, Martina Gedeck, Fabian Hinrichs, Sibel Kekilli, Anneke Kim Sarnau, Hinnerk Schönemann, Jördis Triebel, and Sebastian Urzendowsky.
From France: George Babluani, Nicolas Cazalé, Jennifer Decker, Valérie Donzelli, Mylène Jampanoï, Adrien Jolivet, Aïssa Maïga, Alysson Paradis, and Melvil Poupaud.

An action-packed pitching session
The eagerly-awaited 3rd pitching session that has now become a fixture of these Meetings bore witness to the high level of interest in such events, in which producers are given four minutes to present their projects to potential production partners. Seven French projects and ten German projects were presented, as well as ten Russian projects.

The German Culture Minister honored as “Commandeur des Arts et Lettres”
As part of the 5th Film Meetings, France’s Minister of Culture and Communication Christine Albanel presented Bernd Neumann, the German Minister of Culture and Media, with the “Commandeur dans l'ordre des Arts et des Lettres” award honoring outstanding achievement in the Arts. The presentation ceremony was followed by a gala dinner at the Galerie des Cotelle at the Grand Trianon.

General Assembly
And finally, at the Franco-German Film Meetings Association General Assembly members reelected its Board of Directors’ for a new three-year term. The composition of the Board of Directors is as follows:
President: Margaret Menegoz (producer with Les Films du Losange and President of Unifrance)
Vice-Presidents: Peter Sehr (German producer and director) and Kirsten Niehuus (Director of the German regional film fund Medienboard Berlin-Brandebourg)
Treasurer: Yves Marmion (producer with UGC YM)
The CNC, the French Foreign Affairs Ministry, the FFA, and German Films are observing members of the Board of Directors.

Les 6th Franco-German Film Meetings will take place from November 20 through 22, 2008, in Hamburg.

For any further information about discussions held at these Meetings, participants, pitching projects, and so on, please consult the event’s website: www.das-rendez-vous.org. 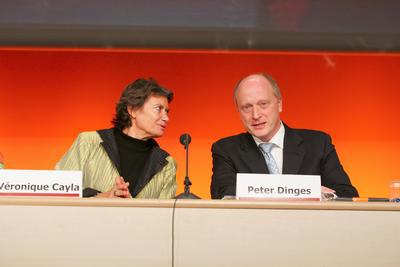 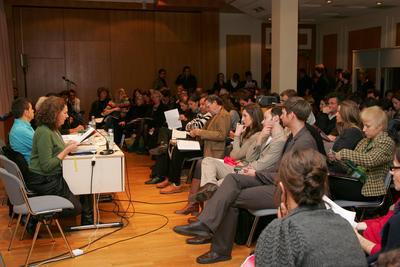 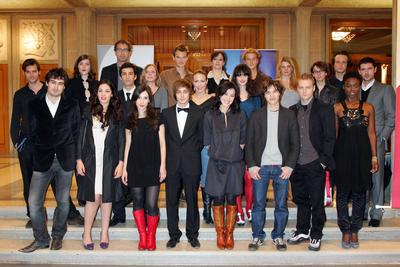 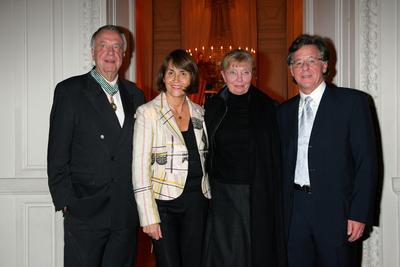