The 55th Cannes Festival closed with a total of 7 official prizes awarded to French productions and co-productions.

The Palme d'Or won by "The Pianist" by Roman Polanski is the crowning achievement for StudioCanal – big winners last year with "The Son's Room" by Nanni Moretti – and the film's producers, Alain Sarde (Films Alain Sarde) and Robert Benmussa (RP Productions).
Five other French producers feature among the award winners at the 2002 Cannes Festival. First of all, there is Humbert Balsan (Ognon Pictures), proud producer of "Divine Intervention" by Elia Suleiman (Palestine), which waltzed off with the Jury Prize and the Fipresci Prize (the international critics' award).
Then there is Denis Freyd (Archipel 35), co-producer of "Le Fils" ("The Son") by the Dardenne brothers, which picked up the Best Actor award for its Belgian lead Olivier Gourmet.
There is also Arlette and Alain Benguigui (Sombrero), producers of "Bord de Mer" by Julie Lopes-Curval (France), which was honored with the prestigious Camera d’Or, awarded to the Best First Film in all sections of the Cannes Festival.
Another winner was Anne-Dominique Toussaint (Films des Tournelles), producer of the Italian film "Respiro" by Emanuele Crialese, which took out the Critics' Week Grand Prix. And last but by no means least is Fabienne Vonier (Orsans Productions), co-producer of the film honored with the largest number of prizes, "The Man Without a Past" by Aki Kaurismaki (Finland), which won both the Grand Jury Prize and the Best Actress award for its leading lady, Kati Outinen. It is worth adding that Flach Pyramide International, a subsidiary of Pyramide and international sales agents for "Divine Intervention" and "Bord de Mer," finished up this 55th Cannes Festival with an impressive list of award winners on their books.
The large number of awards won by French productions highlights the significant role played by French companies in international film production, working alongside celebrated filmmakers – a role that has been made considerably easier by the freeing up of public funding schemes currently in operation in France. 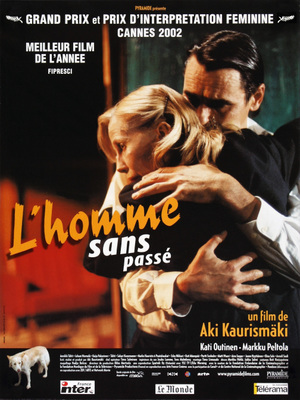 Recent filmography : Un ami parfait, Once Upon a Tomorrow, Works, ...

Recent filmography : The Palace, An Officer and a Spy, Based on a True Story, ...