The 24th Sundance Film Festival has announced this year's award-winners, with "The Hero" by Zézé Gamboa voted Best Foreign Film in the Drama Section.

"The Hero" by Zézé Gamboa has picked up the World Cinema Dramatic Jury Prize at the 2005 Sundance Film Festival. A Franco/Portuguese/Angolan co-production (Les Films de l'Après-midi), the film is a debut feature shot in Luanda, Angola, in the wake of 30 years of civil war. Its director, Zézé Gamboa, an Angolan filmmaker living in Lisbon, tells the story of a disabled war veteran's attempt to join back into society, after being conscripted by force as an adolescent, now facing the reality of a peaceful country which nonetheless offers him little hope for the future. 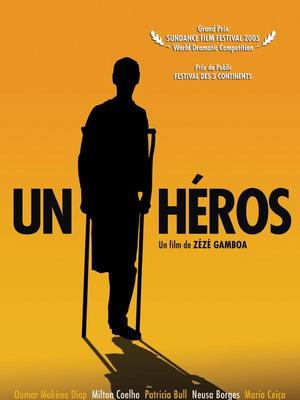 Recent filmography : Under Her Skin, Made in Bangladesh, Noura's Dream, ...