"Belmondo l’incorrigible," a new look at the man and the actor, employing archival footage

Jean-Paul Belmondo, who passed away on September 6, 2021, left an indelible mark on French and international cinema. At once an actor of the early days of the Nouvelle Vague, a popular figure, and a genuine stuntman, the documentary Belmondo l'incorrigible, combining archival material and film clips, invites us to look beyond the actor and presents an intimate portrait of the man he was. Loïc Bouchet, producer at Les Bons Clients, and Christophe Bochnacki, president of Balanga, outline the intentions of this documentary, which will be shown on September 5 on France 3.

Unifrance: One year after his death, this documentary is a fine tribute to Jean-Paul Belmondo. Did the project come about with this in mind? Could you tell us about how it got started? 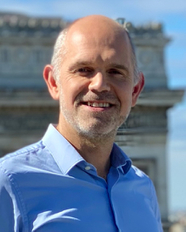 Loïc Bouchet Loïc Bouchet: As we prepare to commemorate his death a year ago, we think we know everything about the actor, who starred in 90 films seen by 160 million moviegoers, a true icon of the cinema... And yet we're mistaken because the essential remained to be discovered: the intimate story of a man who, contrary to appearances, faced a destiny full of pitfalls.

The film raises the curtain on a stable and grounded childhood that allowed him to overcome many obstacles throughout his life thanks to the tutelary figures of his father and mother. This allowed him to remain true to himself, both in life and on screen. He who had only one passion, from Godard to de Broca, from Lautner to Lelouch: to entertain the public with his smile, naturalness, energy, and stunts...

This is what convinced director François Lévy-Kuentz to embark with us, Les Bons Clients, on this exciting but demanding adventure in October 2020, two years ago.

The film, in two parts, retraces the career of "Bébel" from his beginnings, and is essentially composed of film excerpts and archival material. Why was this approach taken and how did collecting and compiling the material unfold?

LB: We wanted to tell the story of the actor and the man that had yet to be discovered, an intimate account of Belmondo. To achieve this, we had to tell his story from the inside, assisted by his films, of course, but also by his autobiography, and by unearthing the best nuggets of interviews and archives that hadn't been seen before.

Over several months, the director and his documentalists watched over 1000 hours of archival material – siphoning through video and radio archives, photographs and press articles – to select the shots that make up the film. The team also reviewed all 90 films to select over 40.

The documentary is a kind of self-portrait of Belmondo, leaving the actor, but also the man, all the room in order to tell his tale. The film retraces the career of this turbulent young actor who launched the Nouvelle Vague in Breathless before becoming the popular Bébel, an indestructible and provocative vigilante.

How does this documentary differ from previous works about Belmondo? Who is the film's target audience?

LB: This is the first to consist of 100 percent archival material that reveals an intimate dimension of Belmondo's life that has remained unknown. The film reveals the importance of his family and friends in overcoming obstacles throughout his life. It paints a portrait of a man who built himself up to reach the top: his triumphs but also his trials, doubts, secrets, anger, clowning, disappointments, and personal dramas. The portrait sheds light on this hard-working and determined public entertainer, full of humor and kindness, who loved his public to the point of never refusing an autograph or a photo, right up to the end of his life.

Who were the partners around the project (channels, artistic team...)? Did you also meet with people close to the actor?

LB: Our very first step was to meet with the Belmondo family to present our project and get their support. Then, we approached France Télévisions with the aim of proposing a longform documentary format, using archival material, with the artistic and economic ambition of prime-time. This would allow us to buy the rights to the best archival materials but also to more than 40 theatrical features, including his most emblematic and popular films.

LB: Jean-Paul Belmondo left us on September 6, 2021 while we were in the middle of production. We received the bad news with great sadness, but also with a sense of responsibility. "Jean-Paul Belmondo is compelling us," as we kept telling ourselves.

We carefully watched all the short and long format portraits that were broadcast and rebroadcast in the days following his death, checking if we immediately saw that the same anecdotes kept coming back. What we were recounting in our pre-editing script had never told. This bolstered us in our approach, which arose from the desire to offer a new understanding of Belmondo the man and not just another film about the movie star.

A true icon of French cinema, the international press also paid tribute to him. Did his fame reach a world audience? 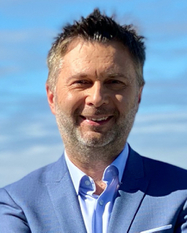 Christophe Bochnacki Christophe Bochnacki : Belmondo lit up screens in France and around the world when he was only 27, performing in Godard's Breathless (1960). He overturned acting conventions with a naturalness never seen before. This film propelled him into the pantheon of world stars and made him a true muse of young people who called him "the French James Dean."

Following this, he received many proposals: he acted in Moderato cantabile by Peter Brook, before Italian cinema reached out to him. He would perform in several Italian films, including Two Women by Vittorio De Sica, alongside Sophia Loren, and The Lovemakers by Mauro Bolognini, starring Claudia Cardinale.

When he left for the USA on the arm of the James Bond Girl Ursula Andress, he would star in Casino Royale (1967) before appearing in A Man I Like / Love Is a Funny Thing, which was shot in America, with Claude Lelouch directing.

As for the more cinephile circle, encouraged by the ordinary heroes of the Nouvelle Vague, he paved the way for Everyman-like characters played by stars such as Robert De Niro, Al Pacino, and Dustin Hoffman, who would dominate American cinema a decade later. Not to mention filmmakers like Steven Spielberg and Quentin Tarantino who consider him a true inspiration.

Last but not least, Jean-Paul Belmondo was the first actor in the world to do his own stunts in the 1960s, taking significant risks, often without insurance. He would inspire many actors, including a certain Tom Cruise, who also performs his own stunts.

But we must never forget that Belmondo also had a real career in the theater at the peak of his fame, in response to his father, who demanded: "When will you do your real job?" He had great success with several plays such as Cyrano de Bergerac, Kean, and Les Misérables, performing them in many countries around the world. In particular, he enjoyed a triumphant tour in Japan.

What is your strategy for distributing the program, in France and internationally? Are you targeting specific territories for the export of this portrait?

CB: When Loïc Bouchet suggested I collaborate on the project, I didn't hesitate one second. Two years ago, we had a great experience with The Mad Adventures of Louis de Funès, a portrait of the greatest French comic actor, which was a hit internationally because we sold it in about 15 countries to broadcasters like RTL and WDR in Germany, ORF in Austria, Polsat in Poland, and Radio-Canada. We are convinced that Belmondo l'incorrigible will follow in the footsteps of its illustrious predecessor, and will delight European public broadcasters, as well as film platforms beyond our continent.

As for France, the first broadcast will take place on September 5, 2022 (the day before the anniversary of Belmondo's death) at prime time on France 3.

You'll present the program at the Unifrance Rendez-vous in Biarritz, do you have any particular expectations concerning this market?

CB: To rediscover the usual fervor of a face-to-face market, the pleasure of meeting people, exchanging ideas, and doing business! The Biarritz Rendez-vous is my favorite market, because it combines an exceptional setting, the time needed for meetings, and a large panel of foreign buyers who share with us the joy of being there. I hope that with this 2022 edition, we will definitely start to travel again and participate in physical markets all over the world. 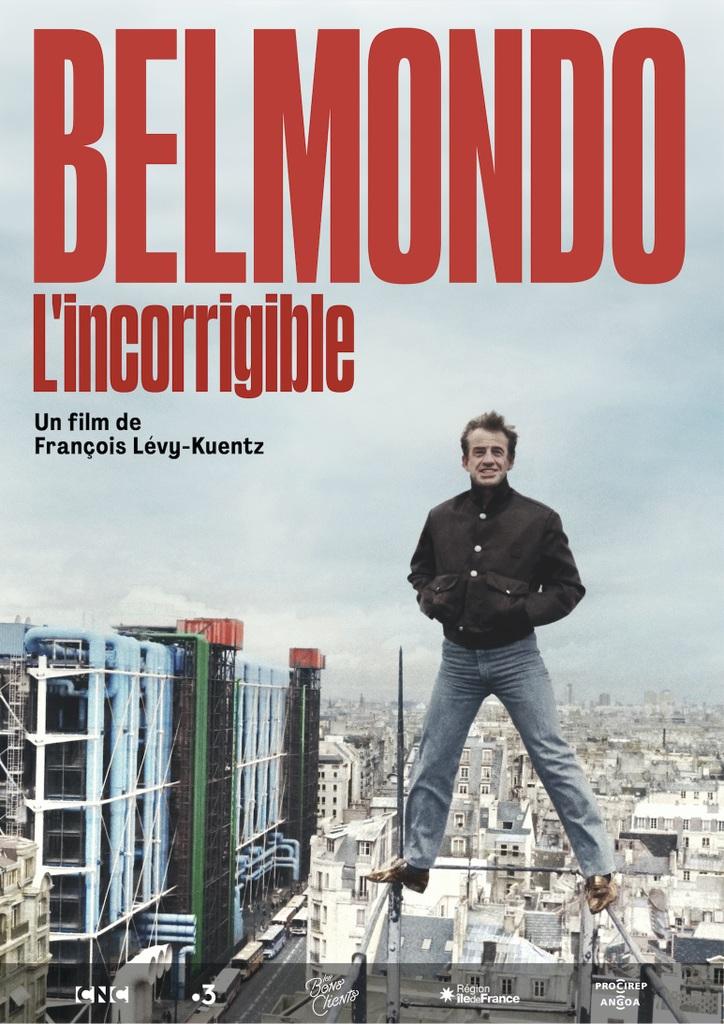 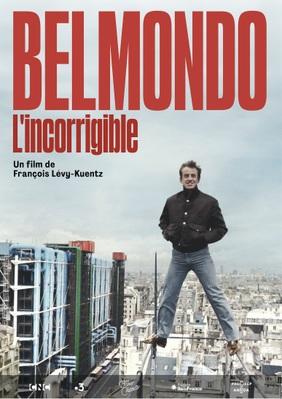 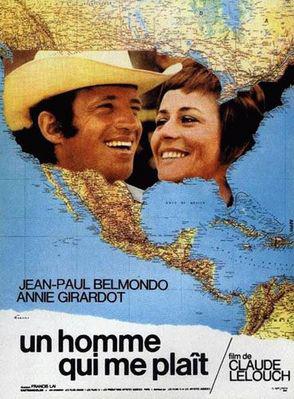 A Man I Like / Love Is a Funny Thing 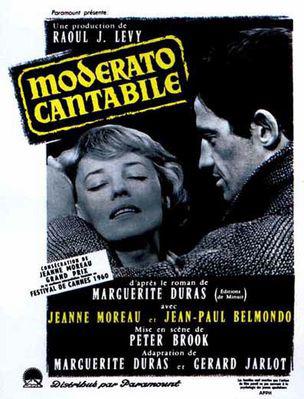 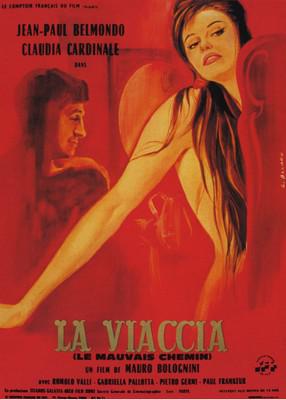 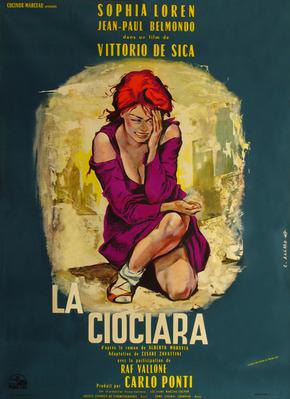