The magical world of "Tara Duncan" comes to life in 3D

A series of YA novels that have met with great success in France and abroad, Tara Duncan returns to television screens in a 3D adaptation produced by the author herself. In a fantasy universe, this modern heroine, a princess freed from conventions, begins a genuine journey of initiation surrounded by her friends. Frédéric Gentet, Senior Content Sales Manager at Princess SAM Pictures, reflects on the genesis of the project, its singularities, and reveals promising feedback after the first French broadcast on Gulli and the Disney Channel.

Unifrance: Sophie Audouin-Mamikonian conjured up Tara Duncan and her world in a series of books. How did this world, which was quickly transposed from paper to the small screen, take shape? 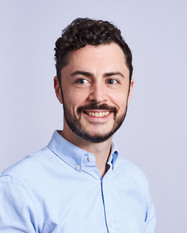 Frédéric Gentet: Frédéric Gentet: Sophie Audouin-Mamikonian (SAM) is above all a mother who loves to invent imaginary worlds to tell her two daughters original stories. Her deep sincerity and abundant creativity fueled the development of Tara Duncan's world, which is presented today through 15 volumes.
Although she began writing in the 1980s, it wasn't until the early 2000s that the first book was published, particularly following the craze for fantasy generated by the Harry Potter novels. Success was immediate, and SAM's books regularly featured on bestsellers' lists.

Tara Duncan's profuse and singular universe deserved to be developed for the screen, that's why MoonScoop studio proposed a first adaptation, based on Volume 7, in a 2D animated series.

So this isn't Tara's first adaptation. How is this one different?

SAM wished to propose an adaptation more faithful to her oeuvre, based on Volume 1, which would present the fantastic universe of OtherWorld. This is why she decided to create her own production studio in order to have control over this ambitious adaptation, as co-writer and co-director. But also to choose the talents she wanted to accompany her, like Dan Creteur, her co-director, who had already worked on productions such as Asterix and Miraculous. But also Fabrice Aboulker, a renowned composer, who has already demonstrated his brilliance with animation series such as Totally Spies, PJ Masks, and Ricky Zoom.

SAM chose to use techniques on par with cinematographic production, notably by using motion-capture. This allows us to offer high quality 3D animation, and thus to facilitate the audience's immersion in Tara's world. This immersion is supported by more than 170 international artists who lent their know-how to this project. This rendering appeals to a wide audience, including parents who love watching with their children.
These technical choices were made possible by our alternative financing method, based solely on private fundraising, mostly French.

The technique is modern, as is the subject matter. In a few sentences, what is the series' pitch?

This series introduces Tara Duncan, an ordinary 11-year-old earthling, who arrives in OtherWorld, a parallel fantasy universe, to learn how to control her budding magical powers. During this journey of initiation, Tara is taught magic by a dragon at school. There she meets her friends, the MagicGang, who she can count on to help her learn and with whom she solves mysteries to protect OtherWorld. At the same time, she is on a personal quest to give her grandfather, who has been transformed into a dog, back his human form.
This is a contemporary approach to fairy tales. An adaptation far from the stereotypes of traditional female characters. Tara is a heroine who doesn't obey the rules sometimes imposed on girls. She embodies the emancipation of a new generation of girls.

Tara Duncan has been compared to Miraculous even though their worlds are very different. What special qualities does this series possess to attract an international audience?

It's true that some broadcasters have described Tara's character as the "little sister" of Miraculous, which is very flattering.
These series are aimed at the same target audience, although their worlds are different. We offer a fantasy world, far from the usual conventions of heroines, while retaining the ingredients of comedy and adventure programs. In addition, like the original books, the series deals with inclusion and diversity, including conditions such as stuttering and dwarfism, through the main characters. The series' issues are universal, making it accessible to an international audience.

The novels were aimed at young teenagers. With the series, the target is younger (6-9 years old). Why did you make this choice?

Slightly lowering the target audience's age was necessary in order to fit with the expected audience and guarantee broadcasting channels a series adapted to their youth programming. This also allows Tara to reach a whole new generation of children who aren't yet familiar with her world. The essentials of the literary saga are still there with, among others, a good parity within the group of heroes, and deliberately mixed themes. Although the target audience is mostly female, boys have not been left out.

Adapting Tara for the screen represented a significant challenge because her world is very dense, which implies important technical tasks. Beyond achieving targets, it's the way of telling the story which is different and which takes into account the requirements specific to a current animation series, while managing to preserve the essence of the original work.

The first episodes have been a great success in France, how are you approaching international distribution?

Indeed, from the launch of the first 26 episodes in France, the program was ranked No. 1 on the Disney Channel (4/10 years). The first broadcasts on Gulli were also very well received, with a 22% market share (4/10 years) average.
Although the series is still in production, it has already been sold in more than 80 countries, including various broadcasters such as RTS (Switzerland), DeAKids (Italy), Disney Channel (Benelux), Télé-Québec (Canada), RTE (Ireland), NRK (Norway), TVNZ (New Zealand), SIC K (Portugal), and more to be announced.
We've also been able to rely on the success of the books, published in 27 countries, to support our marketing strategy. Some territories like South Korea and Japan, where the series has just been launched on the Disney Channel, have a strong community of Taraddicts.

The decision to be a totally independent production allows us to work with the most suitable partners in each territory. As the series is an entertainment program based on a literary work with strong values, we can address a wide profile of broadcasters. At this stage, we have a good balance between the number of commercial and public channels.

You'll be present at the Unifrance Rendez-Vous in Biarritz. What are your expectations for this market?

The series has already sold well in Europe. However, there are still partners to convince, especially to cover the whole European zone, and this is where the Unifrance Rendez-vous will be useful. It's also a good opportunity to meet broadcasters in a privileged setting that highlights French programs.