Filled with impressive images, this documentary, which takes the form of a veritable scientific investigation, appeals to our curiosity and raises our awareness of the mechanisms at play behind the natural phenomena that are currently occurring with increasing frequency. An interview with Jérôme Duc-Maugé, producer of the program with cocottesminute, and Isabelle Graziadey, head of international distribution with Terranoa.

Unifrance: It all started with a scientific publication that attracted your interest and, especially, your curiosity. Can you tell us about the genesis of the project? 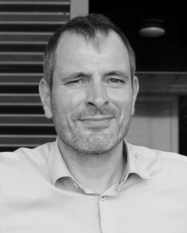 Jérôme Duc-MaugéJérôme Duc-Maugé: In 2017, my collaborator Estelle Raffin, who is specialized in the development of scientific films at cocottesminute, showed me an article that highlighted the benefits of forest fires on the regrowth of trees and the diversity of species. I found it really interesting, and I asked her to find out if there were any other publications that would help to identify the link between the various cataclysmic events, such as earthquakes, typhoons, volcanoes, and tsunamis, and the benefits that they may have on the Earth. […] After six months of research, we found seven major international scientific publications, recent editions, that provided enough material to form the basis of a documentary that would support a theory about these phenomena: that when the world's equilibrium is threatened, catastrophic events occur as regulators. Here we had also found the title of the film.

It was after an initial expression of interest from France 5 that Christine Tournadre, the director, joined the crew. She started by interviewing over fifty scientists in order to verify our theory and to identify those scientists who could appear on screen in the film.

Obviously, there is a degree of risk since our original point of departure was a short article, before anything was shot, and then we took it step by step. Ultimately, this method of developing the project reflects our editorial line, which is strongly geared toward the curiosity of the producers, writers, and directors with whom we work.

Did your broadcaster, France 5, give you carte blanche? Were there any particular constraints involved, or apprehensions, relating to the science slot that this program fits into?

JDM: We were able to deal with this subject because it fits within the context of climate change that is leading to ever-more intense and increasingly frequent cataclysmic events. The climate emergency is pushing the United States to invest enormous funds in research on these issues, and laboratories are collaborating on a global scale. In addition, expertise in data management, both in terms of the analytics and a forward-looking viewpoint, is allowing science to progress at a spectacular rate. So, how can we show all this research in a film? Even if the initial apprehension on the part of a broadcaster who aims to attract 1 million viewers on a show's first screening remained, France 5 gave us carte blanche, but with one condition: that we make the film lively and appealing. We had to go beyond just a simple analysis of the data. We want to offer viewers a better understanding of the Earth and its phenomena, to be a part of raising awareness among the general public.

To achieve this, we combined three categories of images. First, scientific images filmed on location, in action: that's the principle of "science in motion." In addition, videos of cataclysmic events from image banks. We clearly can't wait for things to just happen. And then there are 3D VFX images that make up 16 sequences in the film. They represent one third of the budget, which is very significant for a film with a budget of €700,000. These 3D images make it possible to give a modelling effect to the original cartographies and to reproduce the cataclysmic phenomena shown, such as the closing up of the Strait of Gibraltar many thousands of years ago, which led to the drying up of the Mediterranean, as well as an example of exceptional volcanic activity. Their realism offers a true feeling of immersion.

You placed great importance on the writing process in order to create a comprehensive narration. Can you tell us more about this?

JDM: This is above all thanks to the talent of Christine Tournadre. She is a very meticulous director who is driven by a desire to take her subject to its limit and to express that to others in the most effective way possible. We can see this clearly in the way she interviewed around fifty scientists in order to identify the ten most insightful figures to feature in the documentary. This is really indicative of Christine's working process.

The film's script is also written with great attention given to the finest details. Prior to the production stage, we had a 50-page screenplay that specified the structure of film, laid in out in full detail. Today, if we compare this script to the final result, there's not a great amount of changes. The script indicated the subjects to be filmed in interviews, the transitions between sequences, the VFX typologies and 3D maps, all of which enabled us to be extremely precise in our conversations with the scientists during the shoot.

Cocottesminute productions is a sister-company with the animation studio Parmi Les Lucioles Films, who have contributed considerable savoir-faire in this sector. This means that when we worked with the studio Inthebox, based in Annecy and specialized in 3D imagery for documentaries, we were able to implement a very precise working method. We progressed in three stages, starting with a storyboard, followed by an animatic and a layout, with, at each stage, a validation by the scientists. Concurrently, we worked on the material as a whole, to create a result that is realistic and esthetically appealing—something that is quite unusual for this category of film. For example, all of maps and explanatory 3D diagrams are esthetically coherent with the use of shades of white and light blue. As a consequence, this constant dialogue between the director, the scientists, and the animation studio has produced a film of a rare standard.

You succeeded in bringing together a number of partners for the project. How did you forge these partnerships? Did you envisage an international scope for the production from the start?

JDM: Of course. This film was shot in around a dozen countries and deals with a subject that concerns the whole of humanity. In 2019, before we started shooting, we pitched the film with Isabelle Graziadey from Terranoa at the Sunny Side of the Doc Festival, to gauge the project's international potential. The film went on to be voted Best Pitch at the Biarritz International TV Documentary Film Festival (FIPADOC 2020).

It was at this time that we received an expression of interest from RTBF, which led us to the company Eklektik Productions and their producer Virginie Chapelle. This co-production arrangement extended beyond a financial partnership, since Christine Tournadre agreed to undertake all of the post-production stage in Brussels. The editing, in particular, comes to mind, for which Christine worked with John Pirard, who was an excellent choice as editor for this film because he edits both documentaries and fictions, which allowed him to bring out the important dimension of storytelling.

However, despite the interest of a number of international partners in collaborating on the pre-financing of the film, the production stage started just before the Covid pandemic arrived, with the effect that countries then tended to shut themselves off to a large extent. That meant that we had to be patient for two years and keep taking the risks on our own, virtually right until the last day of editing, before we could be certain that NHK, AMC Network Iberia, and EarthX TV would feature in the credits. 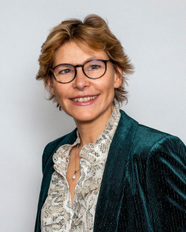 Isabelle GraziadeyIsabelle Graziadey: This strength of this film goes beyond science—it's a scientific investigation. Even RTBF, which doesn't have a dedicated science slot, broadcast the film on a Sunday evening in their "Society" slot. Among our other partners who generally show 52-minute versions of the films they buy, quite a few chose to also buy the 90-minute version.

The sales deals Terranoa has signed recently include contracts with SVT, RSI, and SRC in Canada, and we have new contracts in the pipeline that should be finalized very soon.

What were the first reactions to the documentary after its broadcast?

JDM/IG: We've had a lot of extremely positive feedback. For a start, its promotion extended further than outlets specialized in TV programs. The film was reviewed in daily newspapers like Le Monde and Le Figaro, as well as "discovery" magazines such as Géo.

Its broadcast took place around the time of Earth Day, which gave it a special resonance. In France, the first screening attracted 860,000 viewers (not including replays), which ranks us in the upper range for the long-format science slot.

I know that the director has personally never received such a large number of emails and messages from TV viewers congratulating her on the high quality of her work.

This is a highly topical issue that demonstrates a commitment to protecting our planet. Is this commitment something that is particularly meaningful for you?

JDM: Our editorial policy is driven by subjects that are little known or seldom seen on television. Some of them can be serious, at times even distressing, but our underlying goal is always to approach these subjects in a way that inspires viewers to talk about them with others afterwards. A documentary must be able to spark discussions about complex issues. It's important for us that the form of the work serves to generate conversations.

Recent filmography : Noura's Dream, The Benefit of the Doubt, Free to Run, ...

Recent filmography : , Loneliness is a Pet, The Cannonball Woman, ...