For the fourth consecutive year, UniFrance supports the Dakar Court festival and will participate from December 6 through 11, 2021 in its 4th edition in the Senegalese capital.
It is within this framework that the 5th Francophone Film Meetings in Africa will take place, organized by UniFrance.

After Omar Sy in 2018 for Yao, Ladj Ly in 2019 for Les Misérables, and Maïmouna Doucouré in 2020 for Cuties, Aïssa Maïga will be the guest of honor at the 5th Francophone Film Meetings. The documentary Above Water, her debut film as a director, will be premiered on Friday, December 10 at the Théâtre de Verdure of the Institut français in Dakar, and she will give a master class on Saturday, December 11 in the morning, also at the Institut français.

In addition to this feature-length film, this year's edition will feature a program of French and French-language short films developed by UniFrance, to be presented on the afternoon of December 7, as well as two round tables which constitute the professional component:

Wednesday, December 8 at 11:30 am at the Institut Français
This round table has been conceived as an exchange between the young African directors of Dakar Court and the speakers, working professionals representing the ecosystem of the production and the diffusion of short films.

Wednesday, December 9 at 11:30 am at the Institut Français
Already discussed at the 1st Francophone Film Meetings in 2015 in Abidjan, the issue of promotion is essential for a film's career. This round table will address all its aspects: festivals, of course, but also the work of the director, distributor, and exhibitor, not to mention video on demand platforms and television. 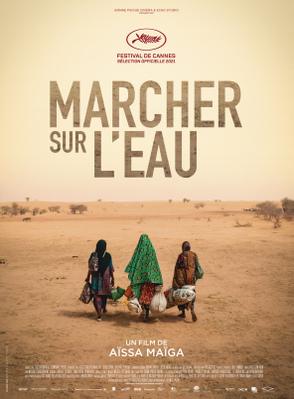