"The Taste of Others," Juliette Binoche and Jean Rabasse all contenders for Academy Awards

"The Taste of Others" has been nominated for an Oscar for the Best Foreign Language Film, while Juliette Binoche has picked up a nomination for Best Actress and Jean Rabasse, for Best Art Direction.
"The Taste of Others," Agnès Jaoui's directing debut, was shortlisted from among 46 films presented in the Best Foreign Language Film category. It is up against "Crouching Tiger, Hidden Dragon" by Ang Lee, "Amores Perros" (aka "Love's a Bitch"), a Czech film "Divided We Fall", and a Belgian film, "Everybody Famous!" Juliette Binoche's nomination for her role in "Chocolat", by Lasse Hallström, is her second Academy Award nomination, after winning the Oscar for Best Actress in "The English Patient" in 1996. Jean Rabasse is nominated along with his set decorator, Françoise Benoît-Fresco, for Best Art Direction for "Vatel". This is his first time as a nominee in this prestigious competition, to be held on March 25. 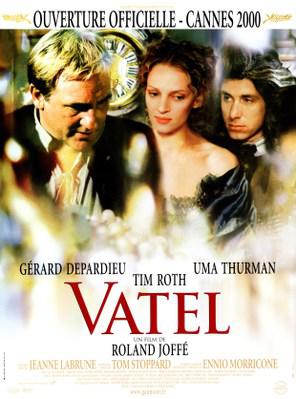