An opinion piece by Serge Toubiana and Daniela Elstner, president and executive director of Unifrance. 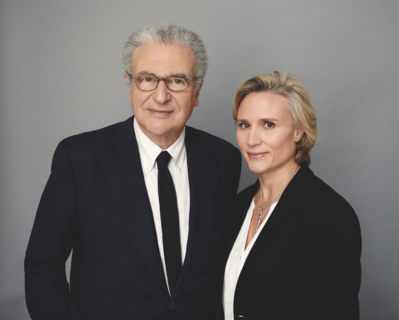 For almost two months, COVID-19 has plunged our world into a new situation. Culture and what particularly drives us, cinema, are at the heart of this crisis. Movie theaters closed six weeks ago, with very few exceptions – South Korea, Taïwan, Sweden. And there is no question of them reopening for several weeks, or even months, until the danger provoked by the coronavirus has definitively been brought under control. The most important festivals and markets (Festival de Cannes, Karlovy Vary, Locarno, La Rochelle, and many others, while waiting to find out if those in Venice and Toronto   will be able to take place in September, etc.) are being cancelled one after the other. The global independent film industry is in danger, with independent distributors and theaters threatening to go bankrupt, especially in countries where public support for cinema is less developed than in France.

In France, several dozen film shoots and series have been cancelled or interrupted, causing serious financial damage, not covered by insurers. In addition to the frustration on a creative level, this is a real economic disaster of which the producers and financiers of these projects are the victims, as are the authors, artists, technicians, and casual entertainment workers without whom the films would not be made. Our European neighbors and friends are experiencing the same situation, and we feel solidarity with them. 2020 will remain a terrible year for the film and audiovisual industries, and 2021 looks set to be an uncertain one because the economic and social consequences of the current crisis will weigh heavily on it.

Nonetheless, since the beginning of lockdown, films and series have become regular, daily events that are very popular with our fellow citizens who are confined to their homes, alone, as a couple, or with their families. And French cinema is thus present in homes, in France and around the world, whether through digital versions of festivals, virtual "theatrical" release initiatives, or directly on platforms. If the supply of French cinema abroad is so important, it is also the result of the strong and powerful export policy and determination that has always driven France.

Although France is approaching progressively relaxing the lockdown as of May 11, the film industry's horizon is no less hazy. It will remain so until three questions have been clearly answered by the public authorities.

1. When can movie theaters open their doors again and welcome the public?
2. When will the shoots of films and series be allowed to resume?
3. When will it be possible to collectively celebrate cinema through the many events that take place in our territory, as well as the major international events that provide access to film markets?

How will French cinema be reborn after this health crisis, the effects of which are devastating on a global scale? How can we rebuild our industry and on what basis? Will audiences want to return to movie theaters to discover new works? In what state will we find French cinema's foreign partners, these distributors and exhibitors, most of whom are independent, who offer our films to their audiences every week, all over the world? What new balance will be struck between theatrical and digital distribution? These questions are particularly acute in this crisis period.

UniFrance will continue to place its bets on the international scene, a wager based on a necessary and imperious solidarity between the film industries of the whole world, and particularly European ones. A wager also based on the certainty that French cinema is appreciated throughout the world, because it promotes the values of freedom and diversity. A wager based on the idea that winning back audiences will be accomplished in many battles in which UniFrance will accompany professionals with the tools that are its own, and which will need to adapt quickly to new situations.

The battle of online exhibition and distribution first: in addition to the offers proposed by platforms, the initiative to relaunch MyFrenchFilmFestival, in March and April, has been successful with more than one million views to date: the launch, first of 70 short films and then of 20 French feature films subtitled in ten languages and available worldwide, is a way of livening up the presence of French films online. There are other paths, which professionals must explore and negotiate with platforms, in the service of the best promotion of French works, artists, and rights holders.

Next, the media battle: on the theme "Keeping in Touch," several French film professionals (directors, actors...) responded to interviews initiated by UniFrance and published in the international press, in Spain, Japan, Italy, Brazil, the United Kingdom, and elsewhere. This is a first step that will have to be reinforced, given the rediscovery of the importance of traditional media in times of crisis.

The battle of the movie theater, the most important one, which will have to be fought together, particularly on a European level: initiatives are being developed, including that of actively participating in a European campaign to encourage audiences to return to movie theaters once they reopen. In the meantime, support for foreign distributors, the leading partners of French cinema in theaters, is continuing, thanks to the selective funding set up by the CNC.

The resumption of the international festival and market circuit is the last of these battles, and not the least, as it is so important for the international (and national!) career of French films.
Cannes' Marché du Film, to be held online from June 22 to 26, will be an important meeting place for film exporters and producers, for it will be a time to renew contacts between professionals from all over the world. It is a first step before, we hope, a gradual resumption of the circulation of our films, both at festivals and in theaters, in September.

The future of cinema, in France and around the world, is already under construction.