On Monday, June 25, in Beijing, UniFrance presented a French Cinema Award to Sun Xianghui, director of the China Film Archive.

Sun Xianghui was honored with this French Cinema Award ahead of the French Film Panorama in China, which opened on June 26 in Beijing. The award was presented by the filmmaker Laurent Cantet in the presence of an artistic delegation composed of Iris Bry, Xavier Legrand, and Tonie Marshall, as well as Isabelle Giordano, executive director of Unifrance.

This award was given to Sun Xianghui in recognition of her commitment, and that of her staff at the China Film Archive, to supporting French cinema. The China Film Archive organizes film screenings at its premises as well as the programming of the Panorama Section of the Beijing International Film Festival and that of the art house theater circuit (which has scheduled the release of Dalida at the end of this year), with its staff providing valuable support to the distribution of French films in Beijing, and more widely in China.

As Sun Xianghui noted at the award presentation, thanks to the work of the China Film Archive, between three and four French films are screened each month.

Created by UniFrance in 2016, the French Cinema Award, which was redesigned in 2018 by the Maison Daum,* honors an outstanding figure in the international movie industry who has contributed to raising the profile of French cinema around the world.

*Art is a visible expression of emotions, a universal language. It is, indeed, "meant to disturb," according to Braque. The vision of the Maison Daum is about awakening a reminiscence of ancestral art; it also expresses an abiding connection with the art scene, through over 400 collaborations with artists over the years (such as with Armand, Braque, Dali, Mesnager, and Kongo, among others). To celebrate its 140th anniversary, the Maison Daum wishes, through the French Cinema Award, to shine a light on a magical work representing the wings of a white crystal angel, created by Jean Lamore, which serves as a veritable symbol of the pure emotion of esthetic pleasure. 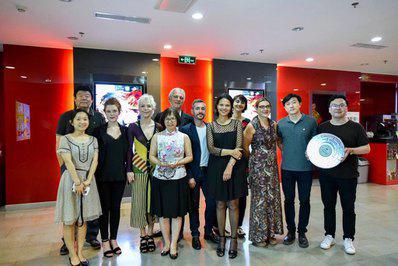 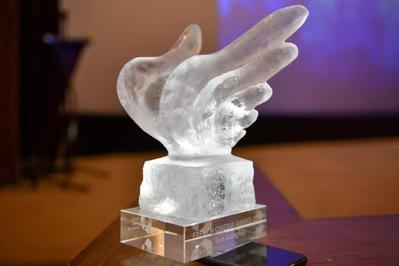 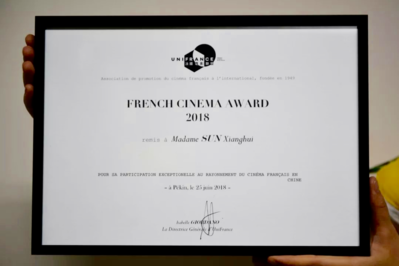 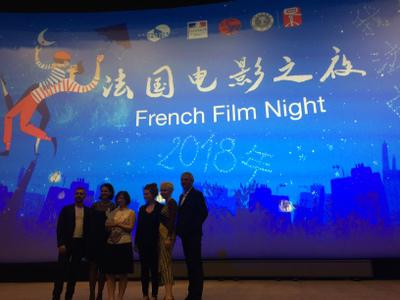