UniFrance at Cannes, May 18

UniFrance's first day at Cannes featured a cocktail reception held at our Pavilion for sales agents and distributors, followed by another reception celebrating VR organized as part of the first anniversary of the Uni-VR think tank. We then moved locations to the Terrasse By Albane for the Cannes French Party dinner, attended by a large number of movie industry artists.

In addition to the many professional meetings with distributors and buyers from around the world, the UniFrance Pavilion welcomed French media representatives for a meeting with Andrey Zvyagintsev, who presented his film Loveless in the Official Competition (co-produced by the French outfits Arte France Cinéma and Why Not Productions). Télérama magazine was also at our Pavilion to host a Facebook Live session with Charlotte Gainsbourg.

Three other events also stood out:

A little later in the evening, UniFrance welcomed a host of French and international figures from the world of virtual reality (VR), who joined in celebrations for the first anniversary of the think tank Uni-VR. Launched at last year’s Cannes Film Festival, Uni-VR now counts around one hundred members (content creators, business leaders, developers, technicians, producers, media agencies, advertising companies, etc.). This event expresses UniFrance’s commitment to looking towards the technologies of tomorrow, of which virtual reality is an undeniable part. 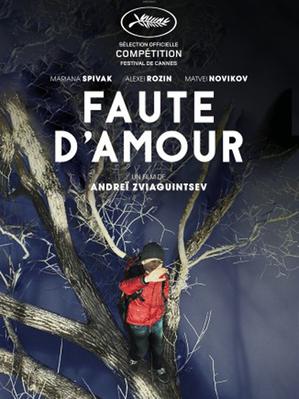 Recent filmography : Mother and Son, Ballad of a White Cow, Even Mice Belong in Heaven, ...

Recent filmography : The Blue Caftan, Both Sides of the Blade, The Horizon, ...

Recent filmography : Boy From Heaven, Brother and Sister, Diary of a Fleeting Affair, ...

Recent filmography : In a Better World, Kanun, Licence to Build, ...