Inauguration of a digital theater at the Alliance Française in Bangkok

This theater, the Alliance Ciné, was officially opened on March 8 by the French Ambassador in Thailand, Gilles Garachon.

The DCP (Digital Cinema Package) has been provided for the theater thanks to support from the CNC, the Institut Français, MAEDI, and UniFrance. To celebrate the opening of this new theater, the Alliance Ciné is hosting an exhibition and presenting a program of Gaumont films.

The many Thai distributors present at this event voiced their approval of the facilities offered by this theater with seating for 202, which does not charge a VPF (Virtual Print Fee). The theater's upcoming programming will include French, European, and Thai films acquired by local distributors, with two screenings held during the week and four held on weekends.

Inauguration of a digital theater at the Alliance Française in Bangkok 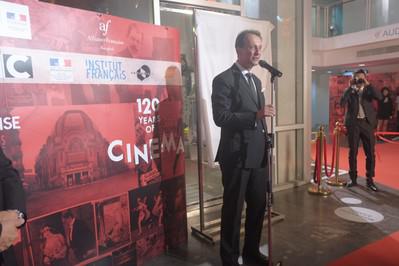