On January 16, during the closing ceremony of the 19th Rendez-Vous with French Cinema in Paris, UniFrance presented Isabelle Huppert with a French Cinema Award at the French Ministry of Culture and Communication, in the presence of Culture Minister Audrey Azoulay.

After recently being honored by the Hollywood Foreign Press Association (HFPA) with a Golden Globe Award for Best Actress in a Motion Picture, Drama, for her performance in Elle, Isabelle Huppert has now received an award in France instigated by Unifrance, who presented the actress with a French Cinema Award,* handed to her by Audrey Azoulay, Minister of Culture and Communication, in the presence of Jean-Paul Salomé and Isabelle Giordano, Unifrance president and executive director.

As patron of last year's New York Rendez-Vous with French Cinema Today held in March, and patron of the 2016 French Film Festival in Japan held in June, Isabelle Huppert has accompanied five of her films around the world over the past twelve months: Elle by Paul Verhoeven, Things to Come by Mia Hansen-Løve, Valley of Love by Guillaume Nicloux, Macadam Stories by Samuel Benchetrit, and Souvenir by Bavo Defurne.

With the presentation of this prize, which is given for the first time to a woman, UniFrance wishes to highlight the strong commitment shown by Isabelle Huppert in her support for these films and their foreign distributors, which has taken her in the past year to over ten countries that are priority markets for French films.

Ten film directors were also in attendance at this special ceremony held on January 16, 2017, at the Ministry of Culture and Communication, in the presence of Culture Minister Audrey Azoulay: Serge Bozon, Bavo Defurne, Marc Fitoussi, Anne Fontaine, Mia Hansen-Løve, Eva Ionesco, Benoit Jacquot, Diane Kurys, Joachim Lafosse, and Guillaume Nicloux, as well as a large number of leading personalities in the arts and culture scene.

*This prestigious clear crystal award is hand-crafted at the legendary Saint-Louis crystal manufacturing house, which was founded in 1586 and remains a symbol of French standards of excellence and expertise. Created from a ball of fire and human breath, Saint-Louis crystal vibrates with all of the talent inherited from History while also drawing inspiration from the extraordinary creative fantasy of current trends. Every day, the Saint-Louis Cristallerie produces exceptional pieces created by master glassmakers and glasscutters who are among France's award-winning Leading Craftsmen. The French Cinema Award is one of these pieces. 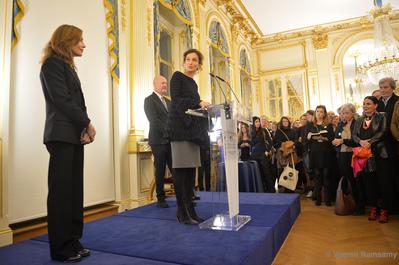 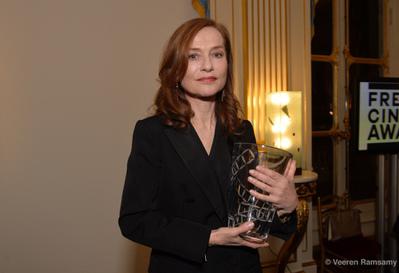 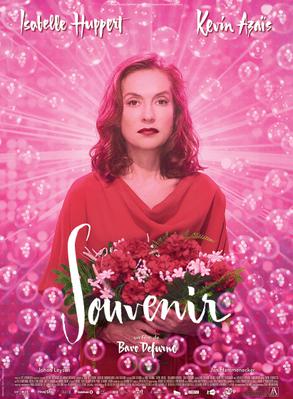