Short Film of the Month: January 2017

Every month, French short films garner acclaim at international events. Unifrance gives regular reports on these successful films. This month, we have chosen to present to you the astonishing film Uncanny Valley by Paul Wenninger.

Some weeks ago, The Hollywood Reporter examined the question of what we now consider to be the essence of French cinema, in a nation in which the film production industry is just as likely to accept the participation of foreign filmmakers as it is to export its actors and directors.
In its own way, Uncanny Valley epitomizes this particular characteristic of current French cinema. Directed by the Austrian filmmaker Paul Wenninger, this co-coproduction between France and Austria has enjoyed a triumphant career at international film festivals over the past two years. Presented in Japan, Argentina, Canada, and Portugal, not to mention the United States, Sweden, and the United Kingdom, this short film that utilizes the technique of pixilation (stop-motion using live actors) has been selected at over fifty festivals and has won twelve international awards.

Through the use of a choreographic approach to animation, Uncanny Valley revisits memories of the First World War trenches in a contemporary audiovisual language and questions the representation of the reality of war.

You can watch Uncanny Valley free of charge until February 1, 2017, by clicking here. 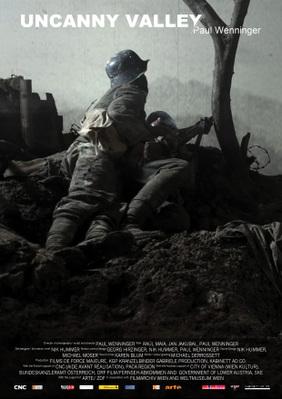