To our great delight, our Flemish neighbor Felix Van Groeningen, director of The Broken Circle Breakdown, is a member of the jury for MyFrenchFilmFestival!

Flemish-Belgian director and screenwriter Felix Van Groeningen wrote and directed his first film Steve + Sky in 2004, winning him the Joseph Plateau Prize for Best Belgian Film of the Year.

His second feature, With Friends Like These, was released in 2007. In 2008, he went on to adapt the novel De helaasheid der dingen by Dimitri Verhulst for the screen. The film, entitled The Misfortunates, was presented at the Directors' Fortnight at Cannes and won the Art et Essai Award in 2009.

After this awards spree, he devoted his attention to another film, Belgica, which is scheduled to hit theaters on March 2, 2016. It will be presented in a world premiere at the Sundance International Film Festival at the end of January, where it is included in the Official Competition.

But in the meantime, Felix Van Groeningen is a member of our jury at MyFrenchFilmFesitval. The winning film chosen by the Filmmaker's Jury will be announced on February 19. 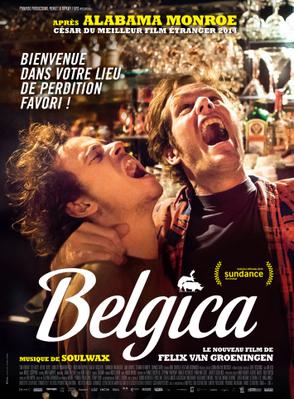