After the success of “Viva Algeria” by Nadir Mokneche, which, according to its distributor, Hachemi Zertal (Cirta Films), attracted over 30,000 spectators, it is now over to “Like an Image” to mark French films’ return to the big screen in Algeria.

“Like an Image” by Agnès Jaoui was released on September 27, prior to the beginning of Ramadan, just five days after its release in France. The film will continue its run in Algiers after the month of fasting, around mid-November, before prints are circulated in the major provincial cities.

Its French director was in Algiers September 26 to take part in a press conference, followed by a highly successful preview screening of her film, at which the large number of spectators necessitated the opening of a second theater at the Riadh el Feth Arts Center; since the Ibn Zeydoun cinema, with seating for 500, proved too small to accommodate all the Algerian moviegoers in attendance.

“Like an Image” is distributed in Algeria by Sora Productions, a film production and distribution company headed by Mohammed Latrèche and Boualem Ziani. In the press release accompanying the film’s release, Sora made no secret of its ambitions: “to create a new dynamic in the Algerian cinematic landscape, which aims in particular to give visibility to auteur films and to foster and promote young filmmakers.” 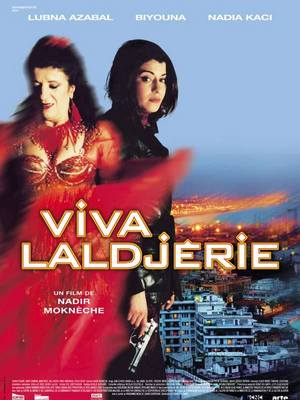