City girl Ciao Ciao’s roots are in the country where she is paying her parents a visit. She’s confident that she will be returning to the city soon. Until then she is killing time texting her girlfriend in the megalopolis, Kanton. Together, they are planning to open up a shop of their own. But the longer she spends in this little backwater, the more her standard outfit of Louis Vuitton bag, heels and a Hermès scarf begins to look like a joke against the vividly green landscape. The local hairdresser, who comes from Kanton, would seem to be the only one who understands her. When she gets involved with Li Wei, the good-for-nothing, mostly inebriated son of a corn whiskey distiller – a connection that her mother and Li Wei’s father would seem to have engineered – a drama à la Tennessee Williams begins to take its course. Contrasting the wide expanse of the landscape with the faces of the protagonists, Song Chuan has found a powerful visual language for his portrait of the dissatisfied Ciao Ciao who struggles against rural life, but finds herself sucked in by it. In this seeming idyll there lurks a dangerous sense of frustration that is just waiting for an opportunity to burst out.

He Xiaoyun, He Tai 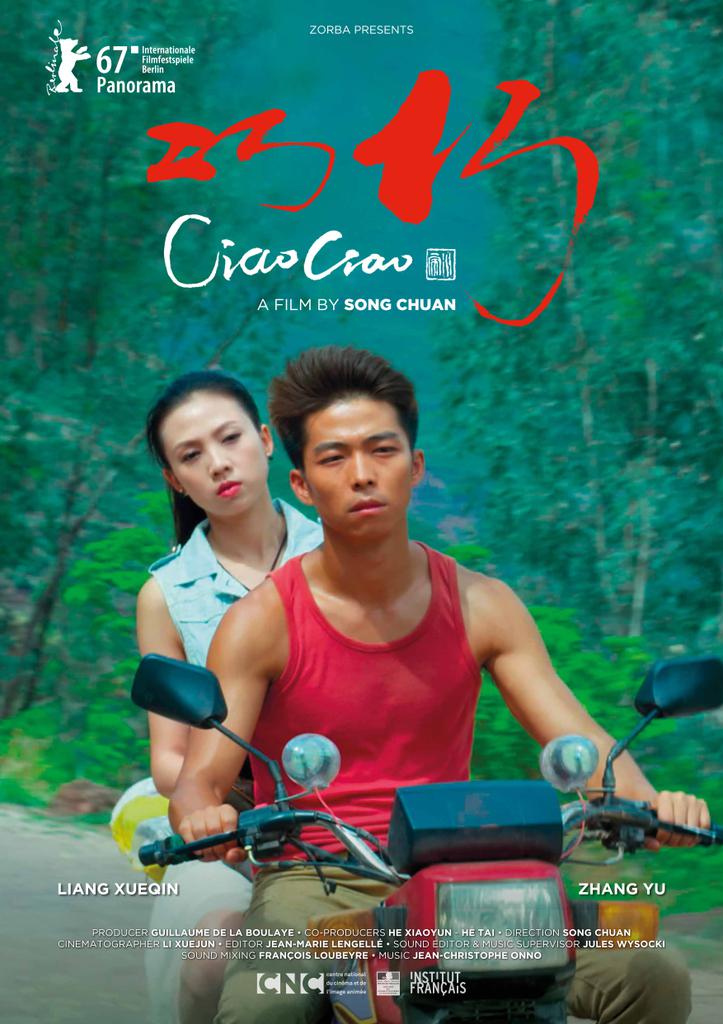