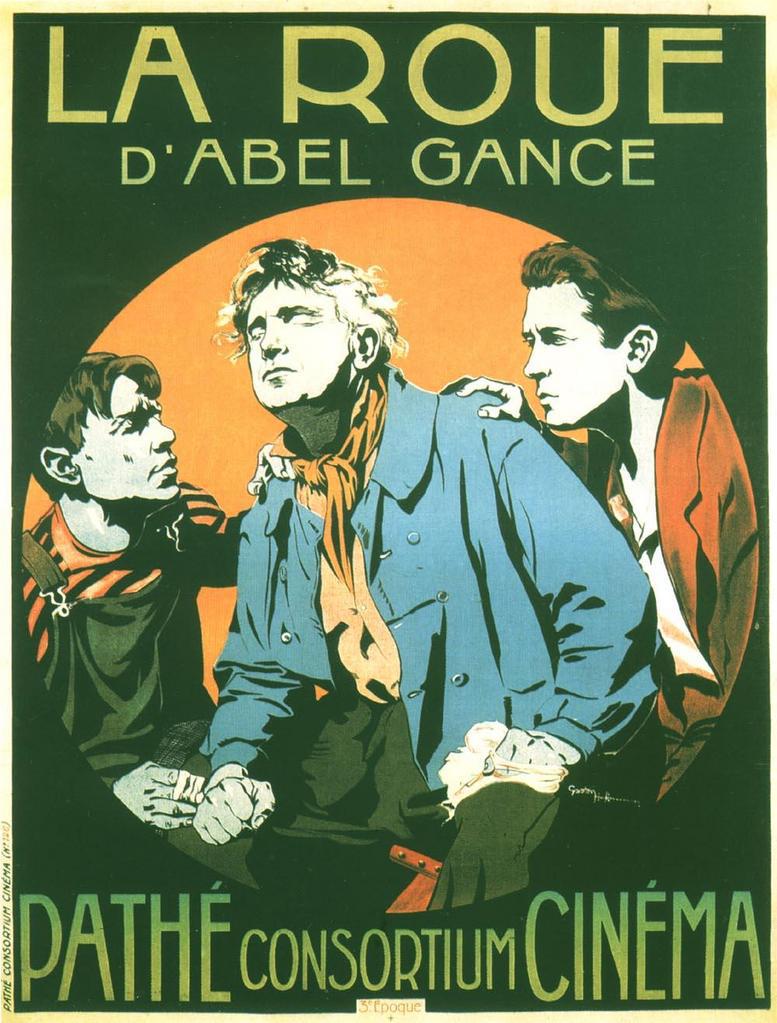 Railroad engineer Sisif (Severin-Mars) rescues a small orphan, whose name he learns is Norma (Ivy Close), following a disastrous crash. He raises the little girl as his own, along with his son Elie (Gabriel de Gravone), whose mother died during his birth.

In time, Norma becomes a lively and playful young woman. Her greatest joy is time spent with Elie, by now a handsome violin maker. whom she believes to be her natural brother. But Sisif, to his own horror, finds himself falling in love with his adopted daughter. Sisif confesses to a partner, Hersan (Pierre Magnier), that he is preoccupied in an unhealthy way with Norma. Hersan threatens Sisif with blackmail if he does not consent to give Norma to him in marriage. Sisif reluctantly agrees with this arrangement, and himself drives the train that will deliver Norma to her husband. Distraught, he drives recklessly, and nearly wrecks the train.

An eye injury forces Sisif to abandon his trade, and he goes to work instead on the funicular at Mont Blanc. When Norma comes to vacation at Chamonix with her husband, she learns where Sisif and Elie live. Hersan finds out that Elie is also in love with Norma when he smashes a violin that was made by Elie. Inside is a love letter that only Hersan reads. A jealous Hersan fights with Elie on the mountain. Elie falls to his death, but not before mortally wounding Hersan. Sisif, enraged by Elie's death, blames Norma and drives her away. But she returns, and with Sisif's eyesight almost completely gone, manages to live undetected in his shack for a time. When he at last realizes she is there, they cling to one another, time and tragedy having restored the balance in their father-daughter relationship.

Sisif grows old, cared for by Norma. After sending her out to join in a local festivity, Sisif waits at the window, watching not with his eyes but with his mind. As Norma dances, Sisif dies.

Watch The Wheel in VOD

Three years in production, and for its time unprecedented in length and complexity of emotion, La Roue pushed the frontiers of film art beyond all previous efforts. It became a source book of cinematic invention that reverberated in countless other classic films over the decades. It was hailed by artists and intellectuals, who recognized it as a stunning advance in modern art. German director G. W. Pabst, an ardent admirer of La Roue, was encouraged by Gance’s example to undertake his own remarkable explorations of human psychology in such silent films as Pandora’s Box and Diary of a Lost Girl. Said Akira Kurosawa, “the first film that really impressed me was La Roue.”

Taken to its bare bones, the story deals with Sisif, a locomotive engineer who saves infant Norma from a train wreck and raises her as his adopted daughter. Norma thinks Sisif’s son Elie is her brother, and when the two fall in love, she leaves to marry a virtual stranger. Sisif is also obsessed with her and the plot elaborates this triangular relationship. Abel Gance pioneered a dazzlingly innovative style of rapid montage that revolutionized filmmaking around the world, especially in the works of Eisenstein and his contemporaries in the Soviet Union. Almost every sequence was experimental; as Gance’s cinematographer, Léonce-Henri Burel recalled, “I’d never come to the end of it if I were to list all the tests we did, all the special effects I invented and all the innovations we launched.”

La Roue was originally shown in France over three days, in 32 reels, with a running time of almost eight hours, but was soon shortened to 12 reels, the maximum length for a typical feature film at the time. This new restoration, produced by Eric Lange, David Shepard and Jeff Masino with invaluable support from Turner Classic Movies, began with a 35mm master positive of this 12-reel version, a Russian print of an 8-reel version, two incomplete tinted nitrate prints of a longer French version, and finally, for two short but critical scenes, a 4-reel abridged version released by Pathé on 9.5mm for home movie screening. Conflating all of this material, the Lobster Film Studios restoration team headed by Eric Lange was able to prepare and digitally restore a 20-reel version, by far the most complete edition of La Roue seen anywhere since 1923. This release possesses exceptional pictorial quality and English titles that use the type font and moving photographic backgrounds of the original film.

Abel Gance’s The Wheel derives from dubious melodramatic material. Its camera opens on train tracks zipping past and proceeds to train wheels in crushing closeup. The train derails, and in the wreck that follows the single mother of baby Norma is killed. A single parent, railwayman Sisif (Séverin-Mars, superb) takes the child home, raising her as his own along with his young son, Elie. Elie and Norma believe they are biological brother and sister. As they grow up, they fall in love; Sisif also falls in love with Norma. A fight between Norma’s rich suitor and Elie results in the latter’s death, for which Sisif blames Norma. This ironical resolution of potential conflict between father and son is part of a string of losses that Sisif has suffered or will suffer: his wife, who died in childbirth; his inventions, the ideas for which Norma’s suitor stole—an encapsulation of capital’s plunder of the working class; Elie; Norma; his joy in life (several times Sisif attempts suicide); his eyesight. The film, which is set in the French Alps, ends with old Sisif’s death. He is alone, facing a window through which majestic mountains appear—to us. Sisif’s eyes are stone-cold dead; but do they now see the mountains with their spiritual sight? have they become the mountains? In extreme long-shot, figures of life dance in a wheel-like circle, inspiring the hand-holding line of ghosts in Ingmar Bergman’s The Seventh Seal (1956). Our sight has become one with the departed Sisif’s sight. Gance’s film transcends melodrama.
For The Wheel Gance has marshaled a dazzling array of experimental techniques, changing the shape and size of the image, creating expressive superimpositions, varying editing speeds, also expressively. 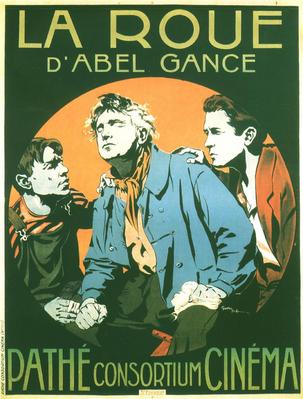 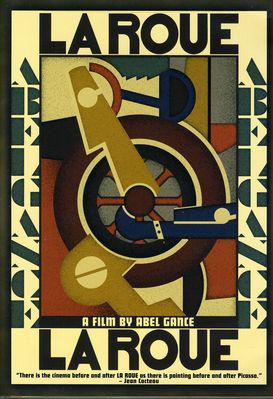