After many years as editor-in-chief and program anchor for the Italian television channel Coming Soon TV, Mauro Donzelli came to Paris in 2012 to work as a journalist and film critic. He writes primarily about films, literature, and the major international festivals for various media outlets, including Coming Soon, Io Donna del Corriere della Sera, and Ciak. 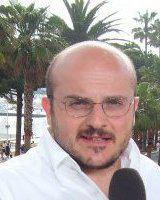