Journalist and writer, Olivier Guez is a cultural correspondent for the Frankfurter Allgemeine Zeitung in Paris. Based in Paris since 2009, after having lived Berlin, London, Brussels and Managua, he regularly works for several great international newspapers and magazines, including The New York Times, Le Monde, Le Figaro Magazine, L'Express, Politique Internationale, Der Freitag, Der Tages Anzeiger, Das Magazin and Il Foglio.
He has moreover collaborated on the French edition of Foreign Policy, L'Arche, Transfuges, L'Histoire, Books, Le Meilleur des Mondes, Cicero, Jüdische Allgemeine in Germany, Le Temps in Switzerland, and Gazeta Wyborcza in Poland.
Between 2000 and 2005, he was a reporter for the international economy department of La Tribune, and carried out investigations and reports on Central Europe, Latin America, the Middle East, the European Union, and the geopolitics of petrol.
Previously, he worked in Brussels for Libération and made reports in Latin America, Europe and the Middle East.
He is the author of 6 books. 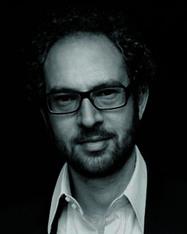 Find out who's on the festival juries!