Born in Lyon (Rhône), passionate about the Lumière institute, French editor with a diploma in audiovisual in Montbéliard (Doub), Nicolas Houver becomes today director and scriptwriter with this first fiction experience shot in Quebec.

Living in Paris since 2007, he edited several award-winning shorts from 2005 to 2021, one of which received The Silver Crane for Best Lithuanian Short Film 2013 (The Swimmer by Gabriele Urbonaite) and another one was part of the La Quinzaine en Action 2019 programme (La Hachouma by Achraf Ajraoui). Nicolas has also been editing feature films since 2009, one of which was selected at ACID 2010 (Flowers of Evil by David Dusa) as well as in many other renowned international festivals.

As a young director, Nicolas is inspired by real life situations through his passion for documentaries to transpose them into fictional forms more comfortable to follow a fictional narrative. In 2012, he was part of the Berlinal Talents selection at the Berlin International Film Festival. In 2018, he followed a screenplay training course.

Today, Nicolas is developing new projects. A desire to explore strong visual forms, to offer striking images to the viewer, to invite the story to consider space-time as a character in narrative evolution, this is part of Nicolas' creative universe.

I Will Show My Breasts 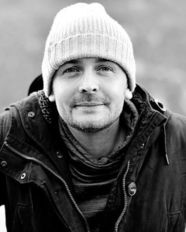