Leos Carax in the United States, Benoit Jacquot in Australia

The two filmmakers will be honored in the days ahead in these two Anglo-Saxon territories.

For the first time, a retrospective of Leos Carax's films will take place in the United States at the Harvard Film Archive (Boston), the FIAF (Alliance Française in New York), and Yale in February and March.
Leos Carax will be at Harvard on February 23 and 24, and at the FIAF on February 26, to answer spectators' questions.
Boy Meets Girl, Mauvais sang, The Lovers on the Bridge, Pola X, Tokyo!, and Holy Motors will be presented. Leos Carax will give a masterclass at Columbia University on February 27.

Benoit Jacquot will travel to Australia to also give masterclasses in Brisbane (Griffith Film School), Sydney (Australian Film, Television and Radio School), and Adelaide (University of Adelaide) between March 11 and 21.
He will also present Farewell, My Queen at the 24th Festival des Alliances Françaises d'Australie (AFFFF). This is the most important French film festival in the world and it presents 43 films in several Australian cities, including Melbourne, Brisbane, Canberra, Adelaide, Perth, and Sydney, from March 5 through April 7).
Transmission will release the film in this territory on June 6, 2013. 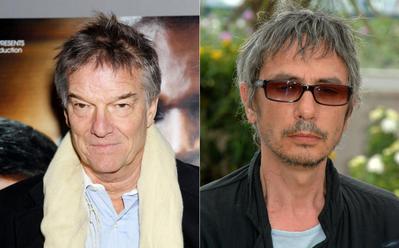