uniFrance box office: After The Intouchables, François Cluzet takes advantage of The Art of Love.

The Intouchables launched its North American career (released by The Weinstein Company) with a strong average of $42,000 dollars generated by each of the four prints in distribution, being the equivalent of around 22,000 spectators in total. This result will no doubt encourage the film's distributor to rapidly increase the number of prints in circulation.

In comparison, The Artist, also distributed in a four-print release for its opening week, tallied an average of nearly $73,000 per print, being around 37,000 American spectators in total. It should be noted that the American public had been primed for this title well ahead of its release.

Although The Intouchables' European career is naturally waning with the passing weeks, the film's Portuguese results (released by Lusomundo - 197,000 admissions in 9 weeks) have now overtaken those recorded in 2001 by Amélie (released by Atalanta Filmes – 175,000 admissions). In Swiss German theaters, its career remains as equally lively, with 821,000 admissions recorded in this territory and more than 1.3 million throughout the country.

The Intouchables has now racked up almost 19.9 millions admissions abroad.

The Art of Love has got off to a reasonable start in Spain (released by Avalon), attracting more than 16,000 spectators on 37 prints. As was the case in Germany, the Spanish distributor rides the wave of François Cluzet's fame generated by The Intouchables by featuring him with screen partner Frédérique Bel on the film's poster.

In Germany, where it is released by Camino, 2nd-week admissions have decreased sharply (-62%), with only 6,000 additional admissions recorded.

The film has so far attracted 62,000 spectators abroad.

Where Do We Go Now? continues its international career. It launched to a satisfactory opening week in Quebec theaters (released by Métropole Films Distribution), with 5,000 spectators on10 prints. Out in the United States (Sony Pictures Classics) since three weeks, the film has shifted from 3 to 25 prints and has already amassed 21,000 admissions (being $166,000 box office). We recall that Nadine Labaki's previous feature, Caramel, was a resounding success in the United States (Roadside Attractions), attracting a total of 154,000 spectators. Where Do We Go Now? has already clocked up 574,000 admissions abroad, with 300,000 in Lebanon (Fils de G.Haddad & Co.), 90,000 in Italy (Eagle pictures), and 43,000 in Spain (Alta Films). 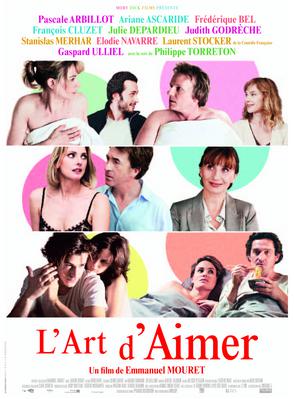