Hazanavicius and Dujardin voted Best Director and Actor in the USA

Adding to their growing list of honors, the French director and actor have now been crowned Director and Actor of the Year by the Directors Guild of America and the Screen Actors Guild.

Last Saturday, Michel Hazanavicius received the Directors Guild of America's Award for Best Director of the Year for The Artist. He was competing for this prize with Woody Allen, David Fincher, Alexander Payne, and Martin Scorsese, and is the first French director to have won this award.

The following day, it was Jean Dujardin's turn in the spotlight, with the American Screen Actors Guild honoring him as Most Outstanding Actor in a Leading Role. This also marks the first time that a French actor has been awarded this prize.

Just one week ago, on January 21, The Artist's producer Thomas Langmann was honored by the American Producers Guild with the Darryl F. Zanuck Award for the Most Outstanding Producer of Theatrical Motion Pictures, the most prestigious award for a producer in the USA.

With these latest accolades, Michel Hazanavicius, Jean Dujardin, and The Artist stand out as leading contenders at the upcoming Academy Awards, where the film has been nominated in ten categories. 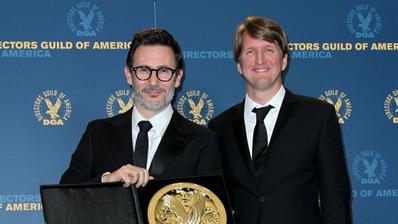 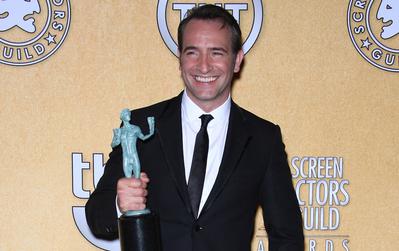 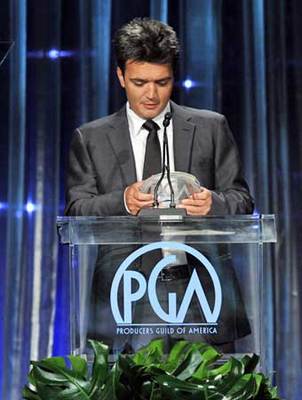