Marking a successful international debut, the film by Olivier Nakache and Eric Toledano has hit the top spot at the German box office.

Released on 167 prints on January 5, 2012, The Intouchables yesterday topped the million spectators mark in Germany.

The film's ambitious release is exceptional for a French-language film, with the number of prints upped during its second week to 466 and now raised to 678. By comparison, Welcome to the Sticks, which was a smash hit in Germany in 2008 attracting 2.3 million spectators, was released on "only" 320 prints at the highpoint of its run.

The film has already clocked up 2 million admissions outside France, in only three markets to date: Germany, Belgium, and Switzerland. It has been sold in around forty other countries, with release dates starting in the spring. 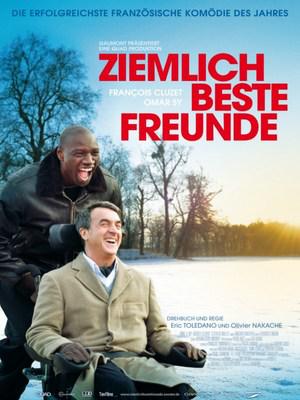