A recap of Unifrance’s presence at the Festival.

On the occasion of the 60th anniversary of the Cannes Film Festival (May 16-27), the Unifrance team welcomed movie professionals from around the world at the Unifrance Club, the “place to be” on the Pantiero. A great way to raise the international profile of French films, while fostering communication between all the various players at the Cannes Festival.

In collaboration with press officers and distribution companies, we had the pleasure of receiving numerous French film crews at the Club this year to meet with French and foreign media representatives. The productions represented included: A l’intérieur (Inside) by Julien Maury and Alexandre Bustillo, L’Avocat de la terreur (Terror’s Advocate) by Barbet Schroeder, Boxes by Jane Birkin, Caramel by Nadine Labaki, La France by Serge Bozon, The Man from London by Bela Tarr, Import/Export by Ulrich Seidl, Water Lillies by Céline Sciamma, Silent Light by Carlos Reygadas, Nos Retrouvailles by David Oelhoffen, Persepolis by Marjane Satrapi and Vincent Paronnaud, The Human Question by Nicolas Klotz, Retour en Normandie by Nicolas Philibert, Tehilim by Raphaël Nadjari, All Is Forgiven by Mia Hansen-Löve, Two Days in Paris by Julie Delpy, and Ulzhan by Volker Schlöndorff. Guillaume Canet came to the Club to meet with Scandinavian media representatives for his film Tell No One.
Our Club location was also chosen by a number of film crews to celebrate their presence at Cannes: Sophie Marceau for La Disparue de Deauville, as well as the crews from Boarding Gate by Olivier Assayas, Largo by Yves Legrain Crist, and Terror’s Advocate by Barbet Schroeder.

The FIPRESCI and Critics’ Week Juries took advantage of our Club to debate their award selections. Short films were also in the spotlight, with the Gras Savoye Awards ceremony honoring Philippe Pollet-Villard’s film Le Mozart des Pickpockets, and RTP2 "Onda Curta" honoring Premier voyage by Grégoire Sivan, presented by Claude Lelouch on Friday, May 25 during a cocktail party event.

Several luncheons were also devoted to specific countries and regions, as organized by the Unifrance Marketing Department. Journalists from Italy, Scandinavia, Romania, and Quebec were thus involved in these events.

As is the case each year at Cannes, Unifrance held meetings with foreign distributors, Cultural Services departments from French Embassies, international festival directors, and directors of organizations in Germany, Romania, Spain, and Italy, as well as representatives from Unifrance’s Offices abroad (New York, Tokyo, Beijing, and Munich). The goal of these meetings was to discuss and plan future events, to maximize results for French films, and to ensure Unifrance’s ongoing and effective support of the industry around the world.

And finally, European Culture Ministers attended a dinner held in their honor hosted by Unifrance after walking the red carpet at the Palais des Festivals on Saturday, May 26. 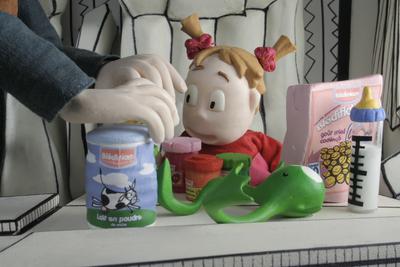