Born in Paris July 18, 1933, Jean Yanne (whose real name was Jean Gouvé) began his career as a journalist at the ORTF (French Broadcasting Service) in 1952. He was also a lyric writer at "Les Trois Baudets" and acted in Yves Robert’s theater troupe for three years. He became a celebrity as a radio host at Europe 1, ORTF and RTL, where his programs, spiked with his own brand of irreverent humor, were highly successful.

"La Vie à l’envers" by Alain Jessua (1963) marked Jean Yanne’s entrance into the movie industry, thus beginning an impressive career, acting in films ranging from "Week End" (Jean-Luc Godard, 1967) to "Pétain" (Jean Marboeuf, 1993), as well as "Que la bête meure" (aka "The Beast Must Die," 1969), "Nous ne vieillirons pas ensemble" (aka "Break-up," 1971) for which he won the Best Actor award at Cannes, "Brotherhood of the Wolf" (2001) and very recently, "Gomez & Tavares," released in France May 7, 2003. His acting career spanned some 60 films.
Yanne was also a film director, credited with titles including "Everybody He Is Nice, Everybody He Is Beautiful" and "Liberté, Egalité, Choucroute." The writer of more than 300 songs (for Line Renaud and Philippe Clay), Jean Yanne is also the author of numerous books (including "L’apocalypse est pour demain," 1977) and received the Alphonse-Allais Prize for "Pensées, répliques et anecdotes" in 2000. 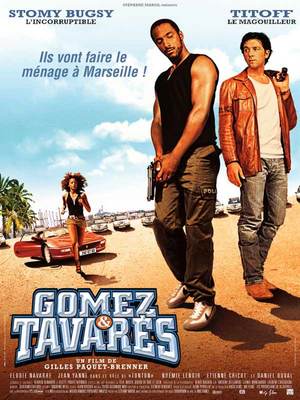