An ambitious and gripping documentary on hunt for Nefertiti's tomb

Nefertiti, Raiders of the Lost Tomb, a documenatry produced and distributed by the INA, for French broadcast on RMC Story, sheds new light on this mythical figure of ancient Egypt, and aims to arouse the curiosity of audiences around the world.

Enora Contant, the program's producer for the INA, and Elsa Lonne-Smith, head of international development, explain the importance of pre-sales for the development of a project of this scale and their working method, integrating international considerations right from the writing stage.

Unifrance: How did you decide to produce this documentary about the mystery that surrounds the greatest queen of Egypt? 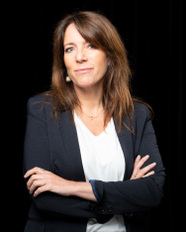 Enora ContantEnora Contant: The urge had been there for a long time. In 2015, the British archaeologist Nicholas Reeves identified what he believed to be the traces of two sealed doors in Tutankhamun's tomb. According to him, these doors would lead to the still undiscovered tomb of Nefertiti. This announcement gave rise to a major debate in the scientific community but also to the public's genuine fascination for this subject. Not to mention my own as a producer!

At that time, Egypt was not among the priorities of the French broadcasters I was working with, but interest developed recently, which allowed me to propose this project... the stars aligned! One hundred years after Howard Carter's discovery of Tutankhamun's tomb, we are ready to "tackle" the great mystery of the lost tomb of Nefertiti. The film embodies the INA's determination to produce ambitious programs accessible to a wide audience. A genuine treasure hunt, this 70-minute stand-alone film directed by Nicolas Brénéol and Olivier Carpentier, and available in a 52-minute version for the international market, will thus seek to solve the enigma that drives and divides Egyptologists all over the world: could Tutankhamun's tomb conceal another secret and untouched tomb: that of Nefertiti? 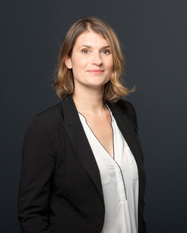 Elsa Lonne-SmithElsa Lonne-Smith : There have always been many program proposals focusing on Ancient Egypt. In my opinion, in order to stand out, one must have new data to offer, revelations, investigations that allow us to rewrite history thanks to the various scientific advances that have shaken our knowledge. This is the case in this film. And it's also what makes the subject universal.

You hence approached this universal subject with an international vision from the start. Can you tell us about the specifics of writing the project?

EC: Today, young viewers (15-20 years old) watch Korean, American, and French series, indiscriminately: borders have been abolished in the world of content. We understood that we had to address audiences through universal themes: quests, mysteries, enigmas to be solved... In this project, the crux of the narrative revolves around the search for a tomb but it leads us to discover who Nefertiti was. It's a round trip between Ancient Egypt and the present. A connection that makes history come alive!

In Nefertiti, Raiders of the Lost Tomb, we mix together several ingredients to immerse viewers in a genuine archaeological cold case: sequences shot in UHD in Egypt to create exceptional images, ultra-realistic 3D modeling, interviews with experts surrounded by representations of Nefertiti in holograms. The film's visual richness is as important as its editorial relevance.

The interviews were shot in the INA studios in Bry-sur-Marne, near Paris, which is an important technological hub for the French audiovisual industry. Our in-house technical resources and our computer graphics and visual effects teams allow directors to test innovative processes... it's a great playground for them because all their ambitions are considered and tested.

As your international strategy isn't limited to a specific target, there's a potential to reach audiences all over the world and of all ages?

EC: Exactly, it's a question of using codes that are common to all and of arousing curiosity with a subject that surpasses borders. Our desire is to create a program that is accessible to the general public, a real family event, offering several levels of understanding according to age. What we propose is the great spectacle of history! Moreover, RMC is well identified abroad as a brand of factual programs (Discovery, Mediaset, SBS, etc.) and they know that we speak the same language as them.

EC and ELS: The story of Nefertiti... is a subject that particularly excites us because we're also sensitive to the fact of revisiting history from a more female perspective. We wish to remind viewers that history is never set in concrete: documentaries have the power to offer the general public a new point of view on what we think has been established over centuries. Ancient Egypt tells us that one could be a woman and a head of state...
We are also currently producing a documentary on Hatshepsut, a female pharaoh. Through these projects, we are happy that the media is now interested in the women of our history. Women, in this profession, certainly have their role to play in bringing to light these sometimes forgotten or "erased" destinies.

As a public organization, part of the INA's mission also relates to education and passing on heritage.

EC: Paradoxically, the INA is identified as a producer of original content by the international market much more than by the French market. Yet the organization has been producing original content for 40 years. Writing evolves and adapts with time and usage; we have followed this evolution in what we propose and this allows us to access new broadcasters today.
What has never changed is our desire to offer relevant programs. We are also committed to thorough research: all scripts are reread and validated by historians, researchers, and scientists. Because even if the story is staged, the information we deliver must be accurate.

ELS: In all its productions, the INA cultivates absolute rigor. The INA works openly with experts, particularly scientists, to multiply the viewpoints and guarantee the rigor of its statements. This methodology applied to the work and the verification of the facts brought to the story is adapted to the demands of international content broadcasters.

You went to Egypt to film and met the greatest Egyptologists. How did that go? Did you encounter any difficulties?

EC: The directors went out looking for the world's greatest Nefertiti experts... not only French experts, but also Egyptian and English: the goal is to work with the best. And it's not hugely difficult to establish contacts with this community when your approach is serious.

The difficulties related more to shooting constraints and accessibility to the sites, but we have good relations with the Egyptian Embassy and Tourist Office in France and this helped us a lot in organizing the production. It takes the production teams time to adapt to the processes for filming in Egypt. We have a strong unit within the production teams at the INA which now masters this territory and manages the organization of film shoots perfectly.

ELS: The directors had a very precise idea of where they wanted to go to make a great entertainment project for the international market: dynamic direction, a narrative bordering on the thriller, a scenario constructed to have a real dramatic progression... It's very rewarding to be able to work with directors who nourish me with their vision. This exchange allows me to be the project's best ambassador among broadcasters during the search for pre-sales and sales. Because an ambitious project such as Nefertiti, Raiders of the Lost Tomb requires the support of broadcasters from all countries. Each channel has its place on this program and we are still looking for funding.

RMC has given you free rein. Have you been joined by other partners, especially international ones? What are your ambitions in this area?

ELS: The project has just been offered to our international partners. The first images were unveiled at MIPCOM 2022 and initial feedback has been very positive! We have already received several proposals from the Middle East, Eastern Europe, and Oceania, as well as strong interest from the United States.

EC: Our distribution strategy is the same for every project: we need to build partnerships very early in the production. From very early on, directors work on a trailer, pre-interviews with experts, sorting access, and on the first 3D models, which will help to pitch the program, to make the substance of the film concrete. It's a fairly significant investment for the producer because it comes into play at the development stage, often before any broadcasters have committed. But it's essential to give the project ambitious scope. In a hyper-competitive market, we have to be visible and stand out very quickly.

This project is part of a larger cycle. Can you tell us more about your future projects and the INA's strategy for the international distribution of its productions?

EC and ELS: In the factual television genre, we are preparing stand-alone projects for 2023.
In addition to the "Investigation/Mystery" theme, which will include Nefertiti, Raiders of the Lost Tomb and Hatshepsut, the Mystery of the Queen Pharaoh, we are developing titles in the "Megastructures" and "Wars and Society" themes. Our thinking is adapted to each title, and we may work with independent distributors for their expertise in certain themes. We have thus signed partnership deals with several French and international distributors (Lukarn, Kwanza, Lucky You, and Off the fence).

ELS: Our ambition is to continue to develop partnerships and to offer our catalog to broadcasters and platforms around the world.  To do so, we were present at the World Congress of Science and Factual Producers (Glasgow) and the ATF (Singapore), and we will be at the Unifrance Rendez-Vous in Paris in January 2023. 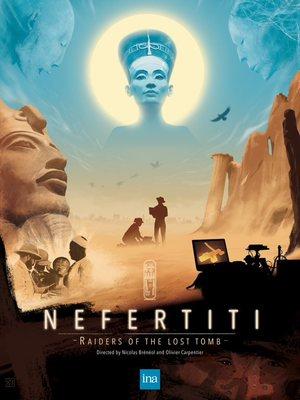 Nefertiti, Raiders of the Lost Tomb

Recent filmography : On the trail of the Lynx, A Breath of Fresh Air