French animation on SVOD platforms around the world

France is the fourth largest producer of animated works available on subscription video on demand in the world. On the occasion of the Annecy International Animation Film Festival 2022, Unifrance takes stock of the presence of French animation on SVOD platforms.

For the first time, this study looks at the online distribution of feature films as well as television productions (series and one-off works). Based on data from Ampere Analysis, this focus examines the catalog of 102 SVOD platforms in 52 different territories. In total, 190,000 distinct works are analyzed.

French productions represent 3.8% of the overall animation works on offer on SVOD platforms (excluding France). France is thus the fourth most important country for the production of animated works available on subscription video-on-demand platforms: only the USA (39.8%), Japan (30.7%), and the United Kingdom (4.3%) are better represented.

Most of the French animation productions available online are series (69%). Films and one-off programs/works represent 32% of French animation works on offer, of which 83% are feature films released in theaters.

The French animation films present on the largest number of platforms are mainly recent films: Playmobil: The Movie (16 platforms), Astérix: The Secret of the Magic Potion (14), SamSam (14), Terra Willy (14). However, the French film most present on SVOD platforms is an exception since it dates from 2013: Minuscule: Valley of the Lost Ants (18).

The French series present on the largest number of platforms correspond to the sector's leading titles in recent years: The Adventures of Paddington is available on 13 platforms, Oggy and the Cockroaches and Pat the Dog on 12 platforms.

---
The study and synthesis can be downloaded below (in French only). 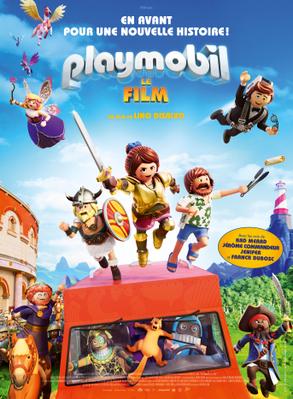