Given the obviously particular context, which notably prompted Unifrance and its partners to offer only fifty percent of the usual capacity, Franco-German Film Meetings 2021 nevertheless left its mark by offering a rich program and new discussion formats.

After opening speeches by Peter Dinges (FFA Filmförderungsanstalt) and Olivier Henrard (CNC), the 19th edition thus proposed discussions about the new challenges facing independent production through the voices of Viola Fügen (The Match Factory) and Jean-Christophe Reymond (Kazak Productions); the Mini-Treaty, which celebrates its 20th anniversary this year, and Franco-German coproduction with Sandrine Mattes (STUDIOCANAL), Nadia Turincev (Easy Riders Films), and Fabian Gasmia (Seven Elephants GmbH); public financing with Tomas Eskilsson (Film i Väst), who delivered the first results of a vast study undertaken about this subject; the issue of diversity in the sector with Julie Billy (June Films) for the Collectif 5050 and Helge Albers (Filmförderung Hamburg Schleswig-Holstein GmbH); production with and for VOD platforms with Andreas Barreiss (Gaumont); the audiovisual landscape undergoing huge upheaval with François Pier Pélinard-Lambert (Le Film Français); and the future of cinema and movie theaters with Priscilla Gessati (L’Entrepôt cinema), Bettina Brokemper (Heimatfilm), and Mathieu Robinet (Tandem Films).

Interventions also came from the audience within the context of the "2 questions to..." module: Christoph Friedel (Pandora) on the subject of independent production; Peter Dinges (FFA) and Olivier Henrard (CNC) on the subject of regaining audience interest; Daniela Elstner (Unifrance) about the challenges of promoting French works abroad in the post-Covid context; and Xavier Rigault (2.4.7. Films) on the subject of the issues of the negotiations around the next French media chronology.

The working groups, of which there were four, were another format highly appreciated by the participants:

In addition, nine French and six German projects were highlighted in the coproduction market.

Finally, another highlight of the event: the awarding of the Ordre des Arts et des Lettres to Gerhard Meixner and Roman Paul (Razor Film Produktion) by Cyril Blondel, cultural advisor at the Ambassade de France in Germany and director of the Institut Français - Allemagne.

Marie Masmonteil could then bring to close, during a powerful speech, her 6th edition as president of the Académie franco-allemande du cinéma. 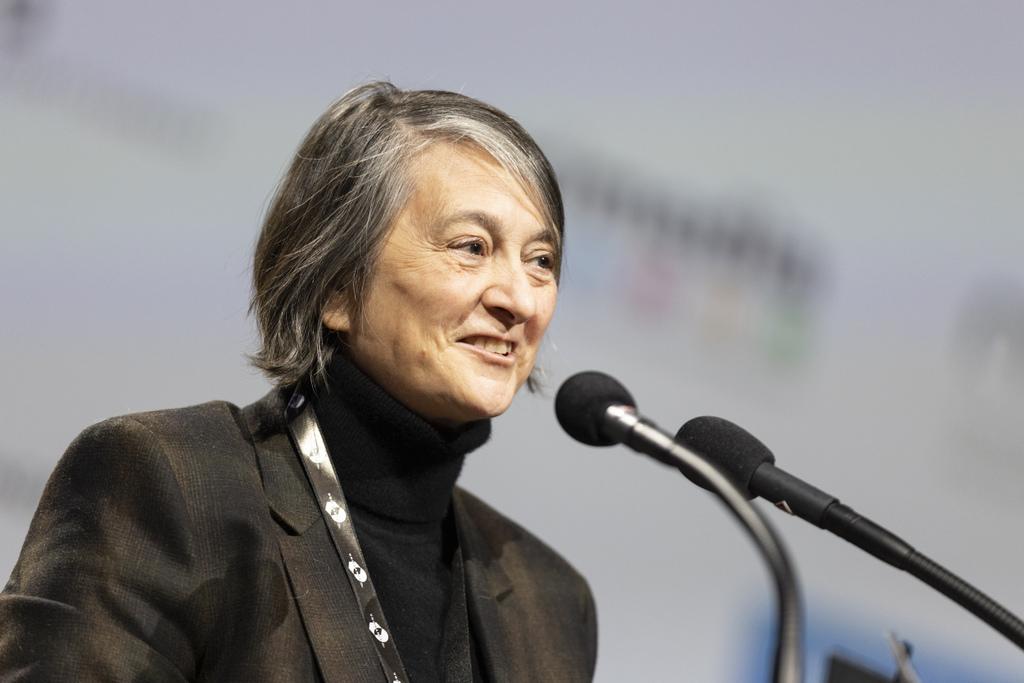 Discover a selection of photos of the event below

Franco-German Film Meetings partners: UniFrance, the Académie franco-allemande du Cinéma,  CNC, Arte France, Arte GEIE, and the Institut Français - Allemagne on the French side, and notably  German Films on the German side. 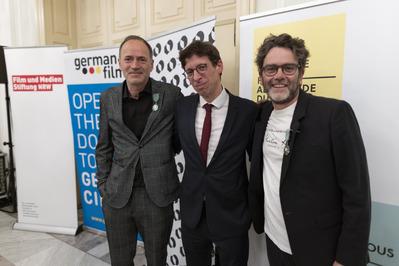 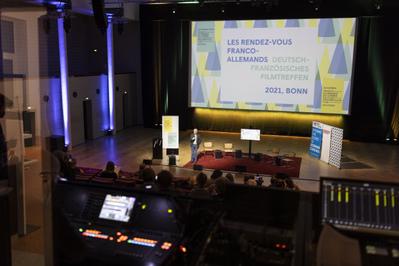 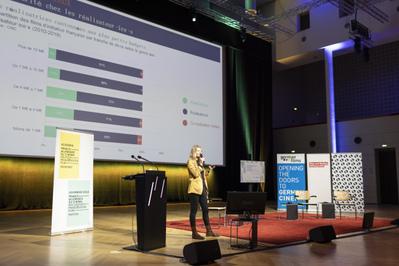 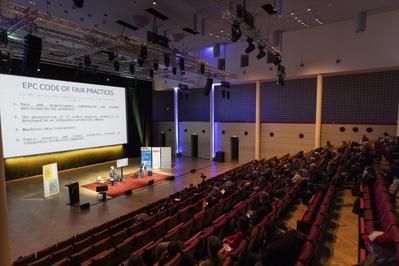 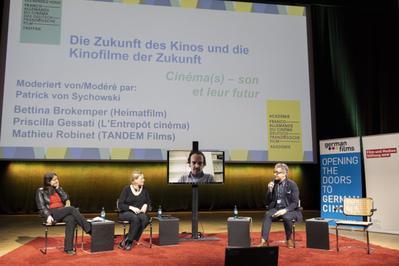 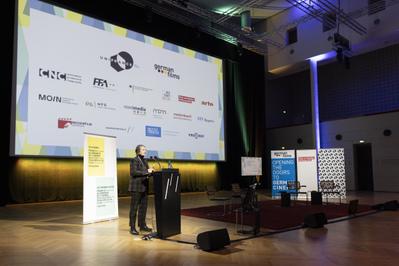 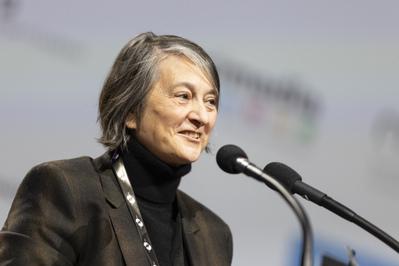 Recent filmography : Sundown, The Worst Person in the World, Monos, ...

Recent filmography : The Blow of the Bastard, Sans sommeil, Arrenoulat, ...