For the third consecutive year, UniFrance is supporting Dakar Court and will participate from December 7 through 12 in the third edition in the Senegalese capital, during which the 4th Francophone Film Meetings will take place.

"The dynamism of African production is expressed today especially in short formats." This observation by producer Éric Névé, who died suddenly on July 21, 2019, is the impetus behind UniFrance's commitment to the Dakar Court festival created in 2018 by the professional Senegalesse association Cinemarekk and the Institut Français in Dakar.

After two editions full of promise, this third edition marks a new stage in this young festival's history. Faced with the pandemic, its organizers have indeed been forced to adapt by employing the services of the Kinow platform already used by L'Agence du court métrage and the Tënk  platform. The site https://dakarcourt.kinow.tv/fr/ will thus relay the activities of the festival throughout its duration.

Apart from this feature, the Meetings will take the form of a program of French and French-language short films devised by UniFrance, and three round tables that make up the professional component:

The global pandemic has given a boost to SVOD and VOD platforms around the world. What is the situation in Africa? What is Netflix's strategy, especially in the French-speaking world? How do the French groups Canal+ and Orange intend to respond? What room is there for a public and free offer? This round table will attempt to provide some answers to these crucial debates for the future of film and series distribution in Africa.

For the third consecutive year, this round table will bring together the main players in the sector with the three exhibition levels in Africa: multiplexes, single-screen theaters, and those of the Institut Français. In this very special year and thanks to the arrival of a new actor, we will extend this overview to the distribution on the African continent of American, French, and African films.

Maïmouna Doucouré directed Mother(s), which won 60 awards, among which the 2017 Best Film César, before making her debut feature film, Cuties. Based on her example, this round table is conceived as an exchange between the young African directors of Dakar Court and active industry professionals representing the ecosystem of short film production and broadcasting. 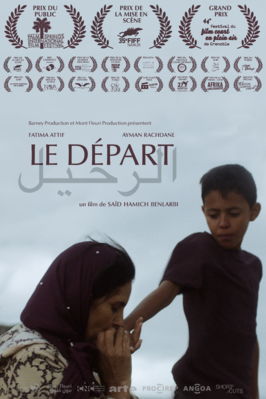