The Hangman at Home - VR wins award at Venice

UniFrance congratulates Michelle and Uri Kranot, as well as their producer, for the Grand Jury Prize for Best VR Immersive Work awarded to The Hangman at Home - VR, which was presented in competition as part of the Venice VR Expanded section at the 77th edition of the Venice Film Festival . The jury was composed of filmmakers Céline Tricart and Asif Kapadia, and the video games creator Hideo Kojima.

Produced by Late Love Production (Denmark), Floréal Films (France), Miyu Productions (France), and the ONF - Office National du Film du Canada, this ambitious animated, virtual reality experience had been presented as a Work In Progress at the last Annecy International Animation Film Festival. UniFrance had devoted a virtual round table to the project's creative team, which is available for replay on YouTube and can be seen here.

Inspired by Carl Sandburg's famous poem The Hangman at Home (1922), through this experience, the creators tell us five intertwined stories, which question our moral conceptions by making us progressively shift from the role of simple witness to that of accomplice. Renowned filmmakers Michelle and Uri Kranot have distinguished themselves with animated works (Hollow Land—shortlisted for the Oscars—and Black Tape) and virtual reality installations (Nothing Happens, Songbird), that have earned them numerous awards around the world. THE HANGMAN AT HOME - VR, a VR experience for one user, is part of a comprehensive work that also includes a traditional animated short film and a multi-user VR installation (free roaming). 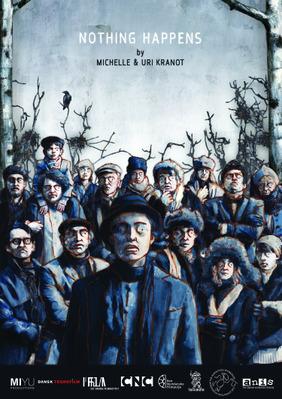 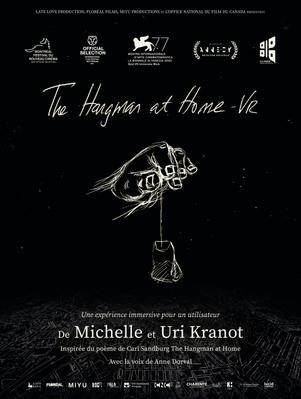 Recent filmography : Flowing Home, The Hangman at Home, We Are at Home, ...