Jointly presented by the distributor GKids, the Annecy International Animation Film Festival, and Variety magazine, the second edition of the Animation Is Film Festival was held from October 19 to 21, 2018, at the famous Chinese Theater in Hollywood.

Now in its second year, this event dedicated to animated films is rapidly establishing itself as a major event in the United States. This year's festival offered a weekend packed with a dozen films from all around the world, with a special focus on the Japanese director Mamoru Hosoda.

France was represented by the short film Ce magnifique gateau (a minority co-production), as well as two feature films, Pachamama and Funan), making France the most highly-represented country at the event.

And it was Funan, directed by Denis Do, which recounts the struggle of a mother in Cambodia in 1975 during events that plunged the country into a bloodbath (a majority-French co-production by Les Films d'Ici and Epuar), which picked up the Grand Prize, following in the footsteps of last year's winner Parvana. In the words of the journalist Peter Debruge, who was president of this year's jury, "Funan reminds us that animation can tell any kind of story. This versatile medium is by no means limited to fantastical or extraordinary subjects, but is in fact uniquely suited to incredibly personal ones as well."

The complete festival program can be viewed here. 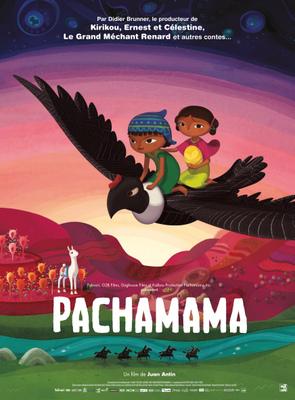