Bruno Dumont to receive award at the Locarno Film Festival

The French director will receive the Leopard of Honor award for career achievement at the 71st Locarno Film Festival, which will take place this August.

After the Franco-Swiss director Jean-Luc Godard, and Agnès Varda, Bruno Dumont will be the third French filmmaker to receive the Leopard of Honor (Pardo d'onore) at the prestigious Locarno festival, which will take place this year from August 1 through 11.

On August 4, the director will come to present, in the mythical Piazza Grande of the Swiss town, the world premiere of his miniseries Coin-Coin et les Z'inhumains (the sequel to Li'l Quinquin), and will receive his prize.

Carlo Chatrian, artistic director of the Locarno Festival: "Bruno Dumont is one of those directors who best typify 21st century cinema. His films are deeply rooted in philosophical, literary and film tradition and yet are foward-looking at the same time; they are the best possible risposte to those who claim that the cinema has nothing left to discover. His films are essays on men and women, on the absurdity intrinsic to existence, but also on the eternal problem of evil. They are also exhortations not to cease thinking about such issues, even when the noise from the images all around us becomes deafening. Dumont's presence in Locarno will provide an opportunity to look back over some of the stages in his remarkable career, first and foremoset to discover the sequel to the series which took the Directors' Fortnight by storm four years ago. I can't think of a better way for miniseries to make their Piazza Grande debut than with this offering that combines slapstic comedy with a political message." 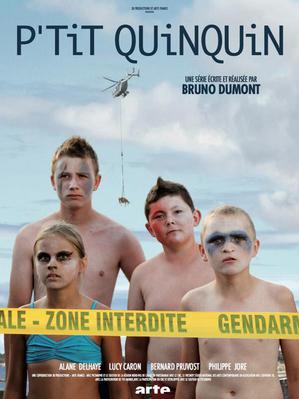