Now in its 32nd year, the Geneva International Film Festival (formerly the Festival Tous Ecrans) has awarded prizes to Alteration and Alice, the Virtual Reality Play.

With seven virtual reality films selected this year, French immersive works account for more than one quarter of the international VR program at the 2017 Geneva International Film Festival. The strong presence of French VR productions was also reflected in the awards list: Alteration by Jérôme Blanquet (photo) won the Reflet d’Or and Alice, the Virtual Reality Play by Mathias Chelebourg and Marie Jourdren received a Special Mention from the Jury.

After attracting notice a few months ago at Tribeca, and picking up the 1st UniFrance VR Award at the Montreal Festival du Nouveau Cinéma, Jérôme Blanquet's film continues to garner international awards. Distributed by MK2, it will soon be shown at the Paris Virtual Film Festival and in Mexico, at the Guanajuato International Film Festival. And Alice is by no means lagging behind: after being presented at festivals in Venice, New York, and Montreal, this installation will conclude the year in Dubai, before heading across the Atlantic in 2018.

In other festival categories, four other French short films feature among this year's GIFF award winners, including Martin Cries by Jonathan Vinel, bringing to six the total number of awards received by French productions. 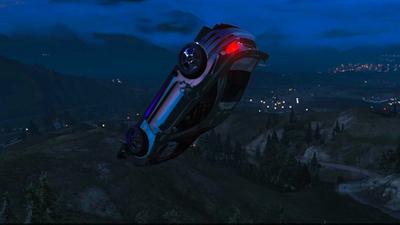