The 7th edition of MyFrenchFilmFestival is coming soon!

The seventh edition of the world's leading online French Film Festival, to be held January 13 through February 13, 2017, has unveiled its new visual identity and some of its additional features!

MyFrenchFilmFestival will be back, but you'll have to hang in there just a little longer. We won't be announcing the festival lineup or the names of the Filmmakers' Jury members until the launch party in Paris on January 13, 2017.

The jury's 5 international filmmakers and crew members from the films selected will all be present. You will be able to follow this special evening event live on Facebook!

This year's festival will bring viewers more feature films, more short films, and more films presented out-of-competition, accessible from anywhere in the world. Our 7th edition will showcase: 28 films selected, including 13 features and 15 shorts, all subtitled in 10 languages, accessible across the globe via around thirty different platforms. In other words, more and more French films to watch all over the world.

In a few days, we will unveil MyFrenchFilmFestival's new, fully redesigned platform. It has never been so easy to watch a French film online!

Before we reveal the official poster for the 7th edition of the festival, you can take a look now at the visuals created for us by Vahram Muratyan (following in the footsteps of Michel Gondry and Little White Lies).

And you can regularly drop in for a visit at www.myfrenchfilmfestival.com. There'll be lots more information coming soon! 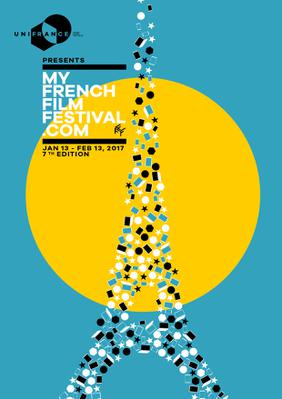