During the opening ceremony of the 6th Rendez-Vous with New French Cinema in Rome held on April 6, UniFrance announced the winner of its French Cinema Award. The award was presented by this year's festival patron Chiara Mastroianni to the Italian distributor Andrea Occhipinti, in the presence of Unifrance executive director Isabelle Giordano, our president Jean-Paul Salomé, and Catherine Colonna, France's Ambassador in Italy.

This prize inaugurated by Unifrance was most recently awarded to the producers of The Little Prince (Aton Soumache and Dimitri Rassam), and previously to La Pekang, president of China Films. Its objective is to honor a leading figure of the international movie industry who has contributed to raising the profile of French cinema around the world.

Through the distribution company Lucky Red, which he founded in 1987, Andrea Occhipinti has released over 80 French films in Italy to date. With the recent release of the hit film The Little Prince, which Occhipinti also co-produced, and which has currently attracted over 1.5 million spectators in Italy, the distributor has achieved his most successful French film release so far.

The French Cinema Award consists of a trophy created at the Saint-Louis Cristallerie, the legendary crystal glass manufacturer that was founded in 1586. 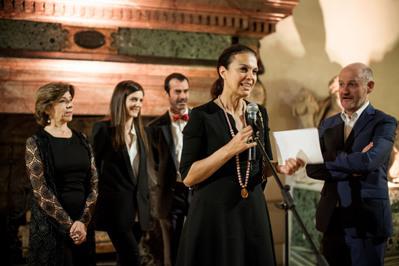 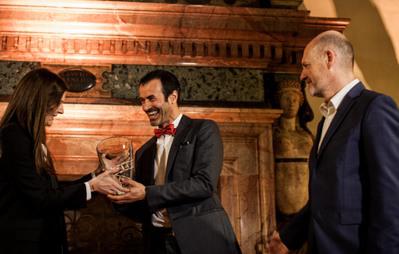 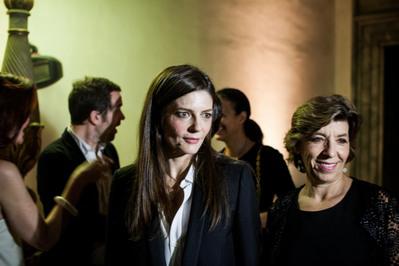 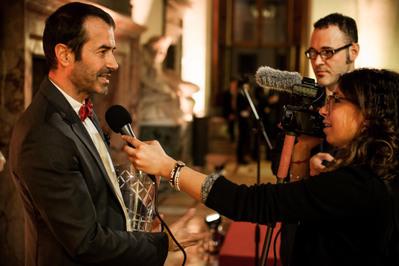