After an excellent reception in France, Philippe Faucon's film has received the coveted award, given by a jury of film critics and personalities, with Gilles Jacob as its president.

At the end of its French run (which started at the Cannes Film Festival, where the film was presented at the Directors' Fortnight), the eighth feature by Philippe Faucon (seen in the photo with his film's star Soria Zeroual) follows Clouds of Sils Maria by Olivier Assayas, who received the Louis Delluc Prize last year, an award created in 1937 in tribute to France's first great film critic.

Fatima has already been released in French-speaking Switzerland and Belgium, and will be released in Quebec theaters in February.

An additional award, the Louis Delluc Prize for a Debut Feature (created in 1999), was presented to Grand Jeu by Nicolas Pariser, which was released in France on December 9, 2015. 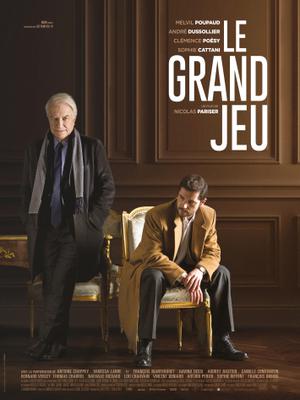