French films and Japanese audiences at the Tokyo Film Festival

As enthusiastic as ever for French films, Japanese moviegoers gave a warm welcome to the three French films presented at the Tokyo International Film Festival.

The 28th Tokyo International Film Festival opened its doors on October 22 with a screening of The Walk, a film by Robert Zemeckis, which tells the story of the French tightrope walker Philippe Petit.

Representing French cinema, the actor Jonathan Genet was in attendance to accompany Cosmos, the latest film by Andrzej Zulawski, which is included in the World Cinema section. The theater was almost packed to the doors at each screening, although very few questions were asked by audiences in Q & A sessions (except after the third screening), which does not reflect a poor reception of the film: quite the contrary, in fact! Comments on the film were generally very positive, sometimes expressed in comments such as, "I didn't understand any of it, but I really liked the film"....

As for the reaction to The Very Private Life of Mister Sim by Michel Leclerc (also selected in the World Cinema section), audiences were highly enthusiastic, particularly in comments posted on the SNS network. Some examples: "Only Jean-Pierre Bacri could have played this tactless, insensitive man who is unable to tune into other people's feelings, or even his own feelings," "I saw the film twice and that helped me to understand certain aspects. The more I see it, the more I like Mr. Sim," and "At first, Mr. Sim annoyed me, but his indefinable charm becomes more and more irresistible."
Following the Q & A sessions, in which Michel Leclerc graciously took part, a handful of spectators remained in the theater lobby to ask the director a few additional questions.

The third film, The Three of Us, is the only French title included in the Official Competition. Unfortunately none of the French artists from the film were available to travel to Tokyo to accompany its presentation. Its director and lead actor Kheiron nonetheless sent a video message in Japanese, which was highly appreciated by audiences.

The awards will be announced at the closing ceremony to be held October 31. 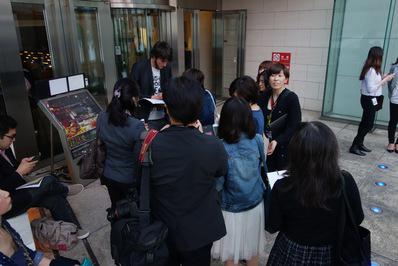 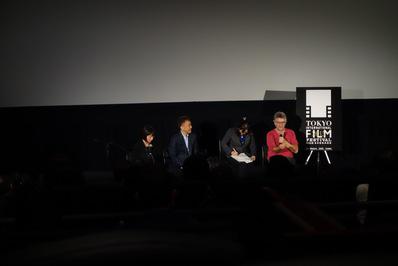 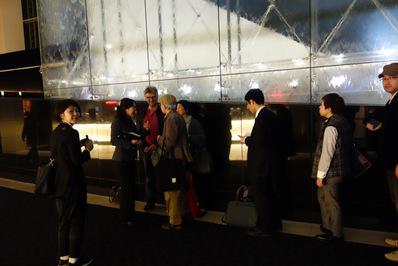 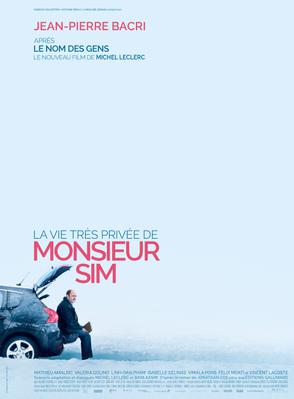