The director of You and the Night was a special guest at the Winterthur International Short Film Festival (November 4-11, 2014), an event with which UniFrance Films is in partnership. He shares his impressions fresh from the festival...

"This is my third time at Winterthur, this Swiss festival with its jovial atmosphere and high standards, where short films take on a deliberately experimental, provocative, or mutational life of their own.

After presenting two of my films in the competition section in 2007 and 2009, I was invited as a festival guest this year to accompany the presentation of all of my shorts and to present a "Carte Blanche" selection featuring work by my filmmaker friends (Jean-Sébastien Chauvin, Shanti Masud, and the young Mexican Emiliano Rocha Minter) and a legendary master (Raoul Ruiz and his over-the-top Colloque de chiens). It was a pleasure for me to (once again) see most of these films screened in 35 mm—a format that is dear to the hearts of the festival organizers—and to observe that dramas shot in 2008 or 2009 already appear to have been shot ten or twelve years ago due to the resonance of this film medium, which has so quickly become unfamiliar to our contemporary eyes (not a good thing, to my mind).

Shanti Masud and Thomas Favel (DOP on one of my shorts and in Winterthur to support the beautiful film Cambodia 2099 by Davy Chou) joined me in answering questions from the audience, and followed me through my cinephile wanderings, including a night screening on the subject of Satan, at which we had the chance to see (in 16 mm!) the magnificent Invocation of my Demon Brother by Kenneth Anger. The festival closed with a master class (a somewhat pompous term!), in which I took part and which quickly turned into an amusing, no-holds-barred conversation with the American filmmaker Jennifer Reeder. We even ended up calling one of the festival organizers up on stage to incite her to provide Swiss funding for an unlikely film Jennifer and I would co-direct on the subject of the penis! We didn't know at that stage that Jennifer would leave the following day with a well-deserved and generous Grand Prize - so perhaps our wish will come true..." 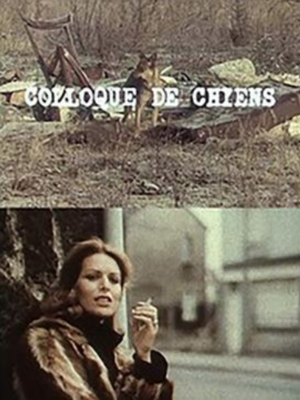 You and the Night