On the occasion of the next edition (June 9-14, 2014) of the Annecy International Animation Film Festival, now the world meeting place for animated film, UniFrance Films hails the presence of Minuscule: Valley of the Lost Ants by Thomas Szabo and Hélène Giraud, among the 9 feature films in competition, as well as the selection of 30 short French films, across all categories.

In the context of the presence of UniFrance Films at the International Animated Film Market (IAFM), held during the Annecy Film Festival, Jean-Paul Salomé, the president of UniFrance Films, and Isabelle Giordano, executive director, will participate at the roundtable "French animation, in France and abroad" organized by the CNC - Centre national du cinéma et de l’image animée, TVFI - TV France International, and UniFrance Films, Wednesday June 11 from 3pm to 4pm (venue: Impérial Palace - Salon Berlioz).
On this occasion, they'll present a report by UniFrance Films,"5 years of French animation films abroad," retracing the evolution of this sector since Kirikou and the Sorceress.

Moreover, and bolstered by the success of its networking breakfasts dedicated to short film, organized this year at the Clermont-Ferrand and Cannes Film Festivals, UniFrance Films will repeat the experience at Annecy by joining Wallonie-Bruxelles Images (WBI), Film Fund Luxembourg, and SWISS FILMS for a "French-speaking breakfast" on Thursday June 12 from 9am to 10.30am (venue: Plage de l’Impérial).
This special meeting is destined to facilitate exchanges between French-speaking producers and their international partners: exhibitors, festivals, distributors, and institutions.

Lastly, this year UniFrance Films will have a dedicated area within the IAFM throughout the event, and is publishing a catalog of French films in selection which will be distributed to the 7100 accredited participants from 80 countries who are attending the market.

78 French animated films were distributed in foreign theaters between 1999 and 2013 (of which 62 majority French films).
They represented 4.4% of global French film admissions during this period. A proportion that, to date, reached a high abroad of 16.7% in 2007, due to the success of Arthur and the Invisibles.

Between 1999 and 2013, French animation films distributed in foreign theaters registered almost as many admissions as in French theaters. 78 animation films attracted 43.9 million spectators abroad, compared with 48.7 million admissions in France.

Renowned for their quality and uniqueness, French animated shorts and features are regularly selected for major international film festivals, and are also nominated for, and receive Academy Awards: Ernest & Celestine, Jack and the Cuckoo-Clock Heart, Tante Hilda !, Minuscule: Valley of the Lost Ants, Mr Hublot… 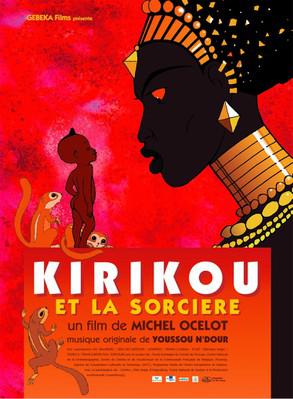 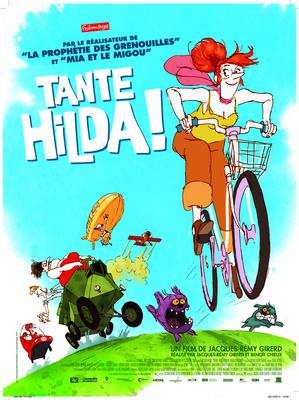