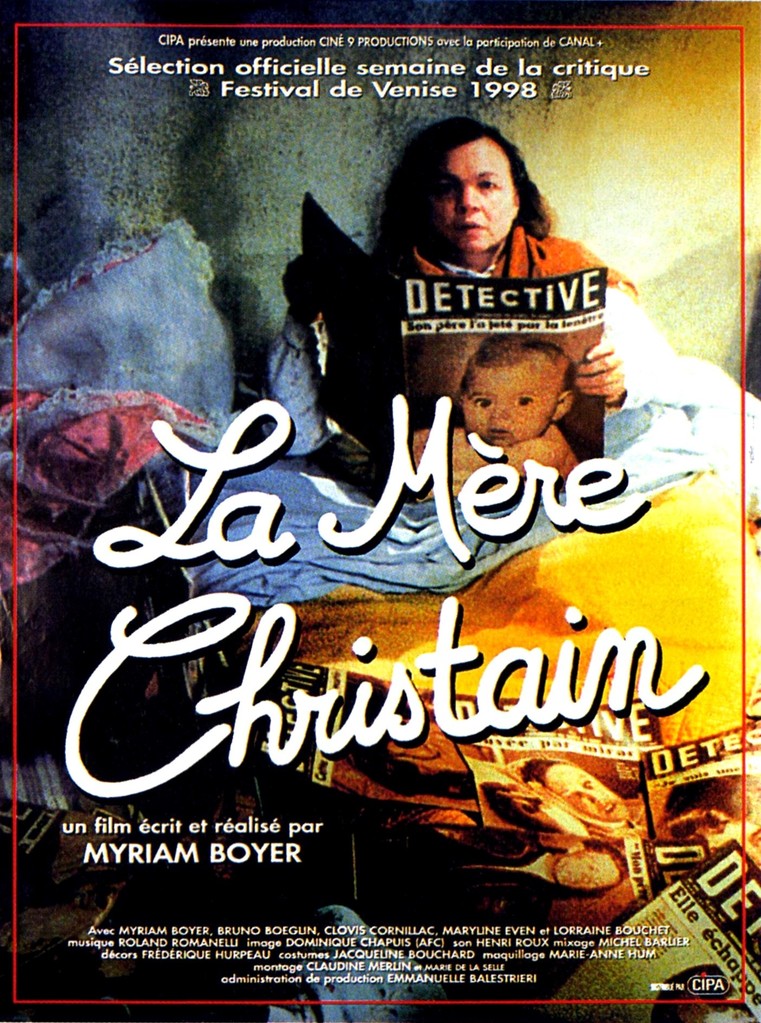 “Chez la Mère Christain” is a bistro in a working class area of Lyons in the 1950s. It is named after its owner, Ma Christain, a 50 year old widow. Her patrons are bargemen, laborers, traveling salesmen, loose women: modest folk of modest means. Her bistro is a stone’s throw from the river, the factory smokestacks and railroad tracks and overlooked by Fourvière Hill and Notre Dame basilica. When her daughter is found dead in her coal cellar, Ma Christain embarks on her own, very personal investigation, inspired by her passion for radio mystery stories and crime magazines.

The girl in the movie is me. My film is about things I lived through myself. I was an amazingly grown-up little girl, very aware and responsible, very maternal: a miniature adult surrounded by adults. It often happens in difficult environments. The Riri character is my father, and La Mère Christain is my attempt to depict my mother’s loneliness [...] I have an elephantine memory. I’m full of sensations, atmospheres, musics and silences loaded with words that you can’t bring out — which can lead to violence. [...] Making the film was like extending my work as an actress to the limit. I didn’t feel I was making a film. I didn’t start out from words on a page, but from pictures I had in my head. That’s why I was the only person who could have directed it. Pictures have to be shown. You can’t explain them. Movies today are very explanatory. They try to present a point of view, they try to please. Appearances are all-important. ‘La Mère Christain’ deliberately shuns that attitude. (Myriam Boyer in “Le Figaro”, December 10th 1998) 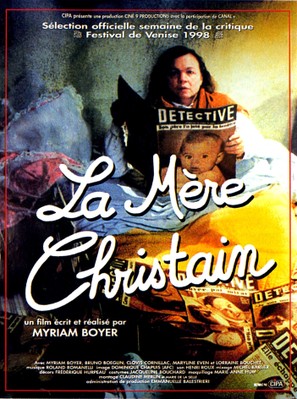